Warning: "continue" targeting switch is equivalent to "break". Did you mean to use "continue 2"? in /nfs/c08/h03/mnt/115228/domains/houseofhills.org/html/wp-content/plugins/jetpack/_inc/lib/class.media-summary.php on line 87
 Works For Me Wednesday: Chick-fil-A Chicken Nuggets - House of HillsHouse of Hills

The Princess recognized the Chick-fil-A sign by the time she was a year old. Seriously! She called it “Bawk Bawk” until she was two. We’d pull into the drive thru and I’d hear “Bawk Bawk Mommy! Bawk Bawk!” I hated to hear her give that one up. I still remember the day she asked for chicken instead of “Bawk Bawk.” Sigh…

We live in the suburbs of Atlanta, the home of the chicken sandwich. We each Chick-fil-A A LOT!! When she was a toddler, it was at least once a week. Now, not as much. But we still love the Chick-fil-A!!! The restaurants are always clean. They always have nice people working there. One time, I was at a Chick-fil-A with my sister-in-law and our three toddlers. It was not exactly a relaxing meal. What made it AWESOME was that the MANAGER of the Chick-fil-A was coming around and refilling all the moms’ drinks. They totally got that a toddler mom couldn’t hop up and get herself a refill, so they did it for us. AMAZING SERVICE.

The best thing about Chick-fil-A is…um.. the CHICKEN. It’s so yummy good. And, the nuggets look and taste like REAL chicken. Because they are REAL chicken. So much better than some of the other fast food joints. The best thing about chicken nuggets at Chick-fil-A. The chicken nugget tray! The nugget tray quickly became a family favorite for any gathering where toddlers were going to be present. (Although the adults eat their share too.) We have had MANY a nugget tray at the House of Hills. 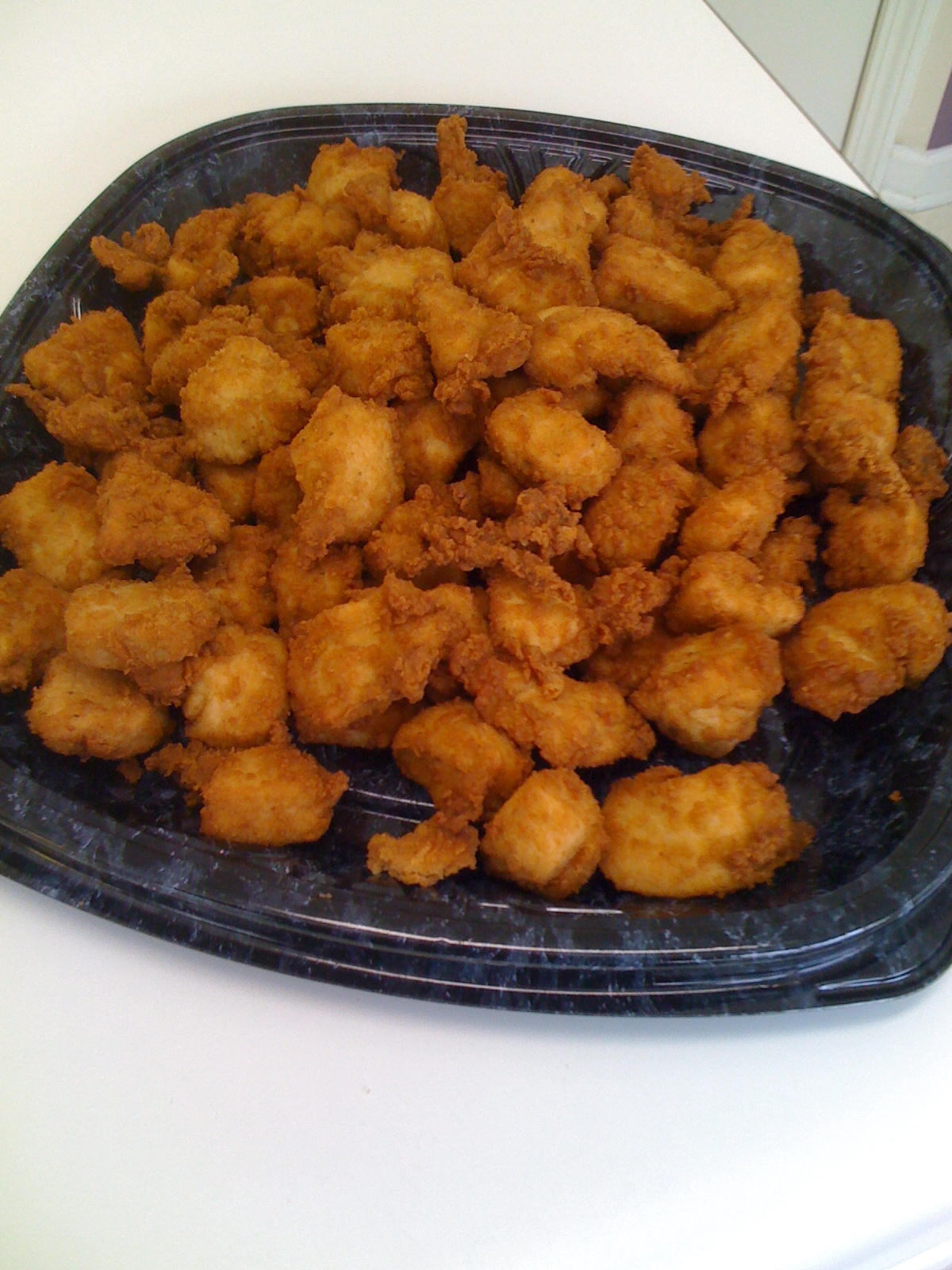 Here’s what I discovered. Sometimes you have a few leftover nuggets and you really don’t want to eat more nuggets the next day since you over indulged on the nuggets that day. Guess what?! THEY FREEZE WELL! Like, really well. Once we discovered that, we discovered that the Princess likes them cold and without ketchup. Well, that means they can go in the LUNCHBOX!! We’re always looking for something different to go in the lunchbox since I have a child that doesn’t do sandwiches. I know – unAmerican. But, she doesn’t eat them.

Now, I buy a small tray of nuggets every six to eight weeks and freeze them in 8 nugget snack baggies. All the snack baggies get thrown in one big gallon freezer bag. Every Monday, I pull out at least one snack baggie of nuggets. That gives me two lunches for the week as she only eats four nuggets at school lunch. (This would be because she spends the majority of the time talking. No idea where she gets that from.) The Princess is happy. I’m happy. It’s a win win. 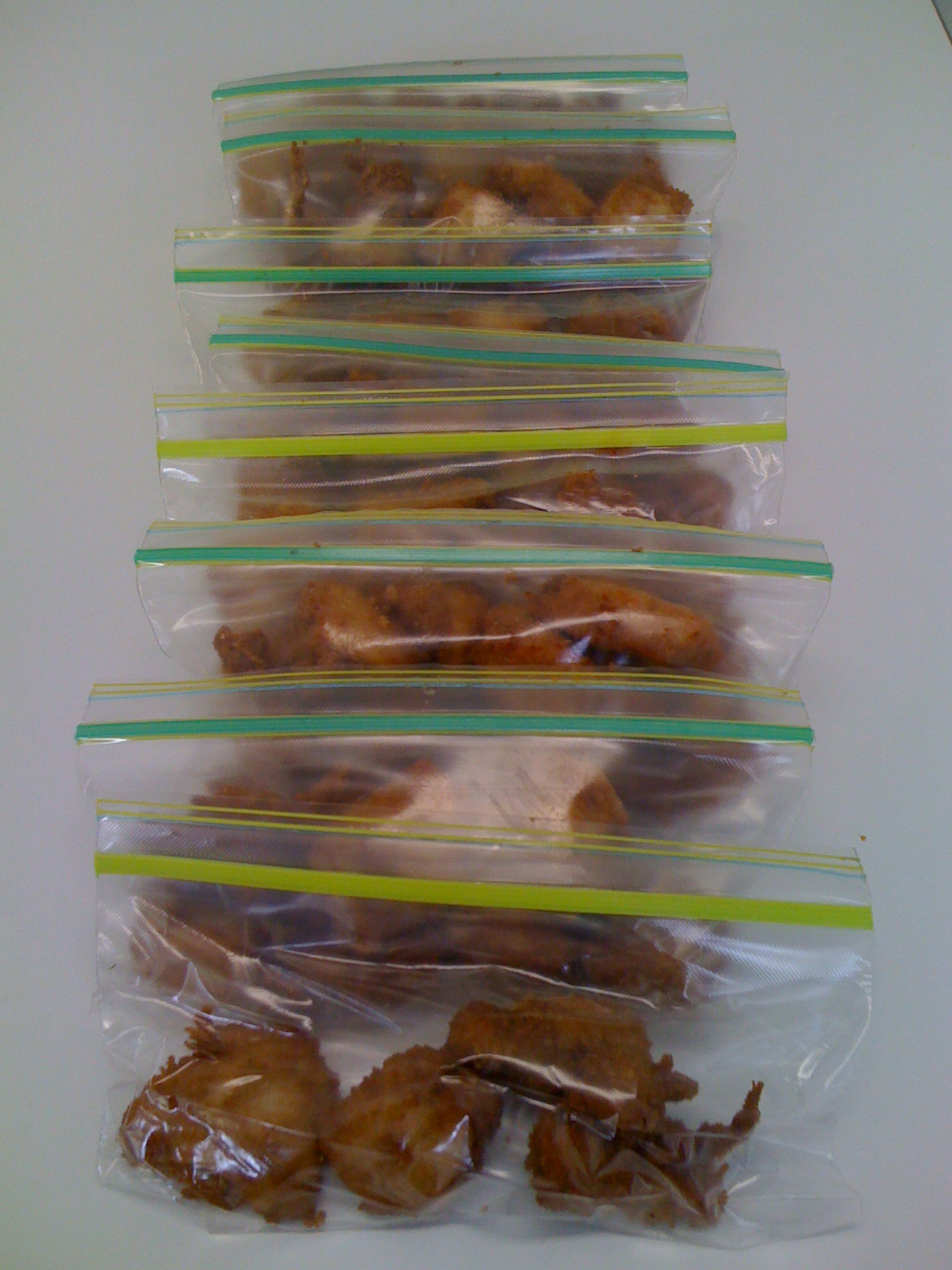 Chick-fila-A chicken nuggets – they definitely work for me.

Linked to: Works for Me Wednesday

Disclosure: Chick-fil-A did not ask me to write this. I was not compensated in any way. The House of Hills just has a love for the chicken nugget.

17 thoughts on “Works For Me Wednesday: Chick-fil-A Chicken Nuggets”