Have you ever dreamed of singing and dancing on a Disney stage? Ask that question to any Drama Kid, and you’ll get a resounding, “YES!” 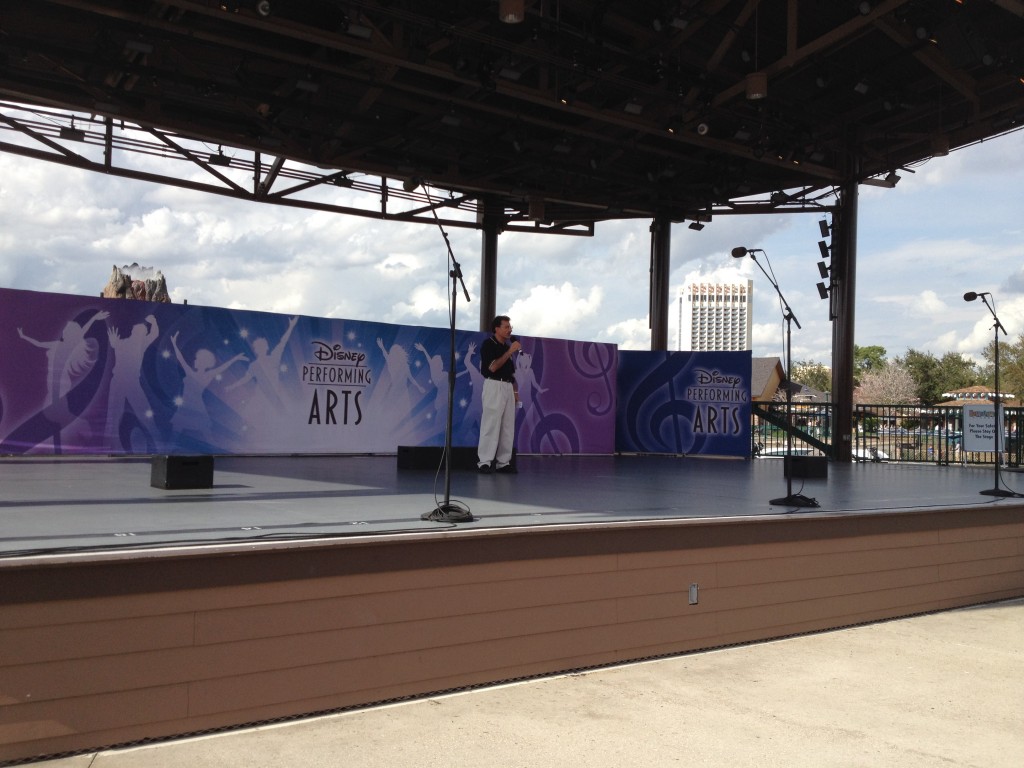 For those of you not familiar with your Disney locations, that’s the waterfront stage in Downtown Disney. Did you hear what I said. STAGE AT DOWNTOWN DISNEY.

This Drama Mama was in tears! I was so proud of her and the entire troupe. They worked so hard… and they won!!!

When they took the stage, it was a beautiful thing to see. 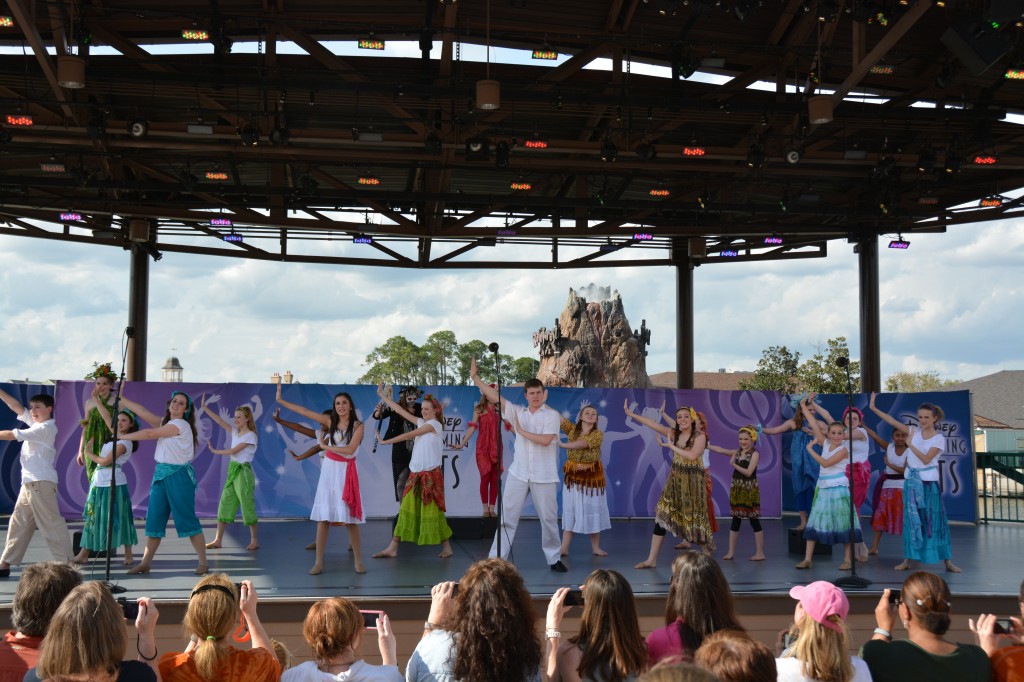 My girl’s hard to see in this big group shot. She’s Agwe, god of water, so is in all blue with a blue headpiece. But then, the gods came forward. 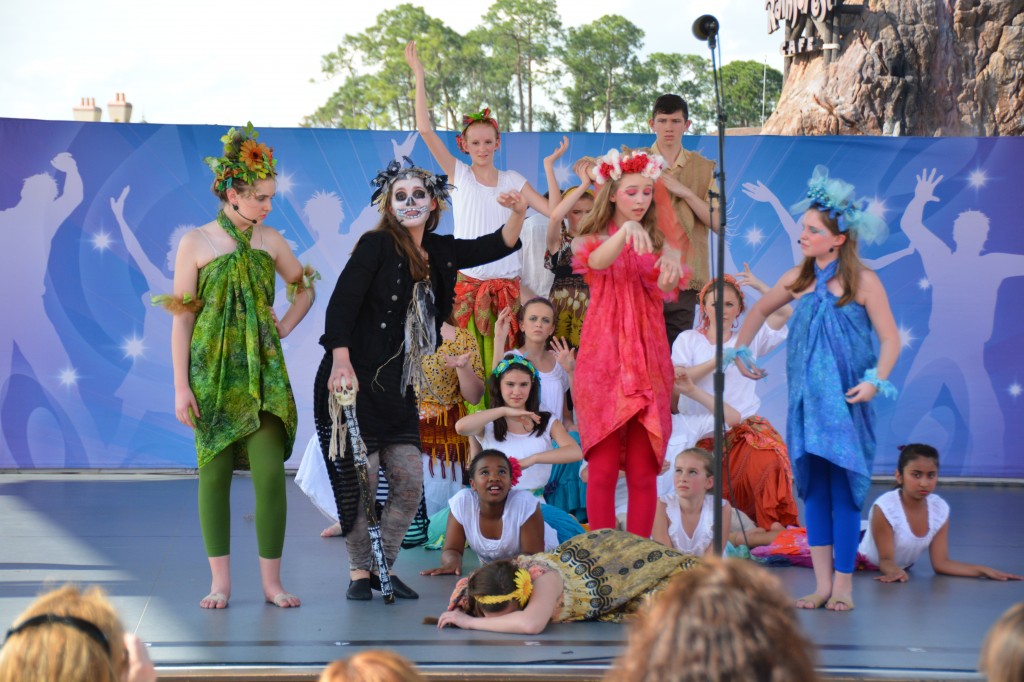 I must mention here, that the gods were recognized at the awards ceremony. Each one got an individual award. Talk about some very proud Drama Mamas. 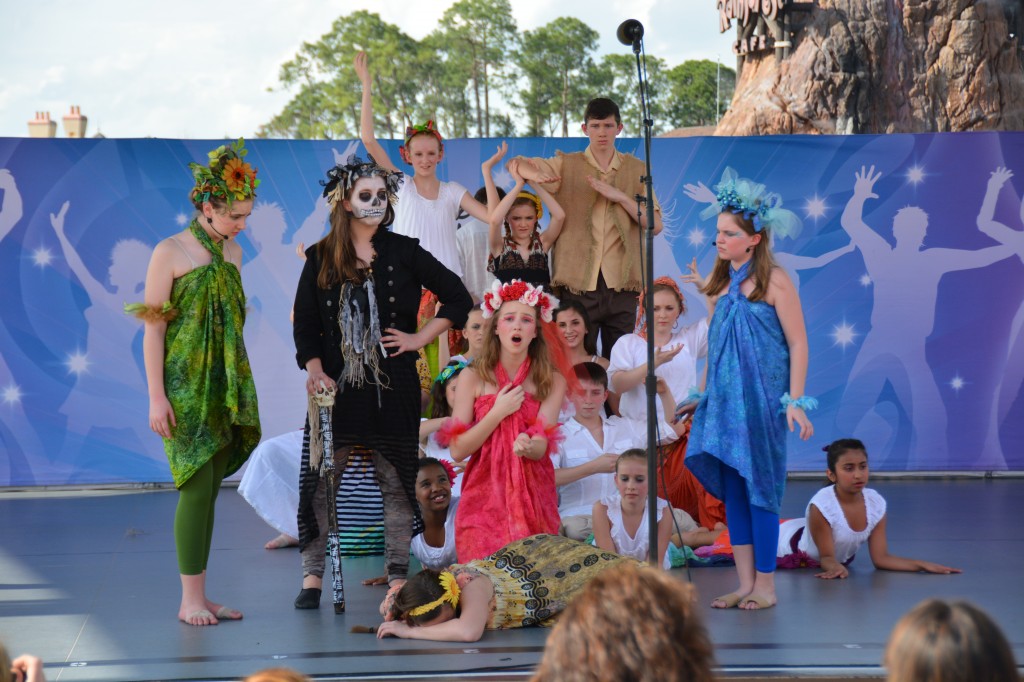 Then, my girl had her SOLO! 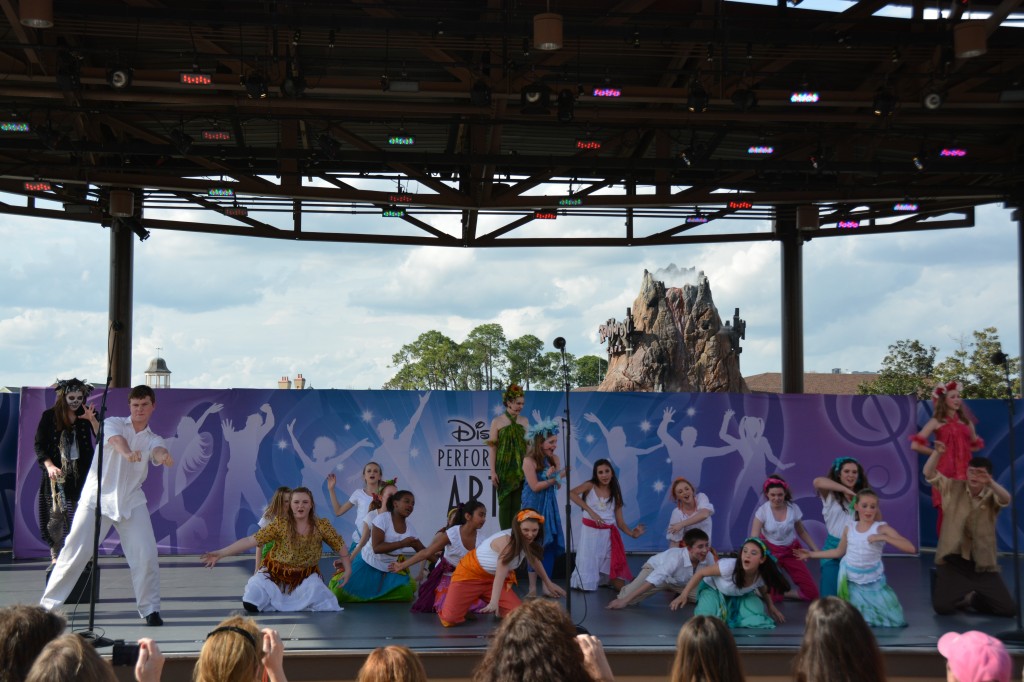 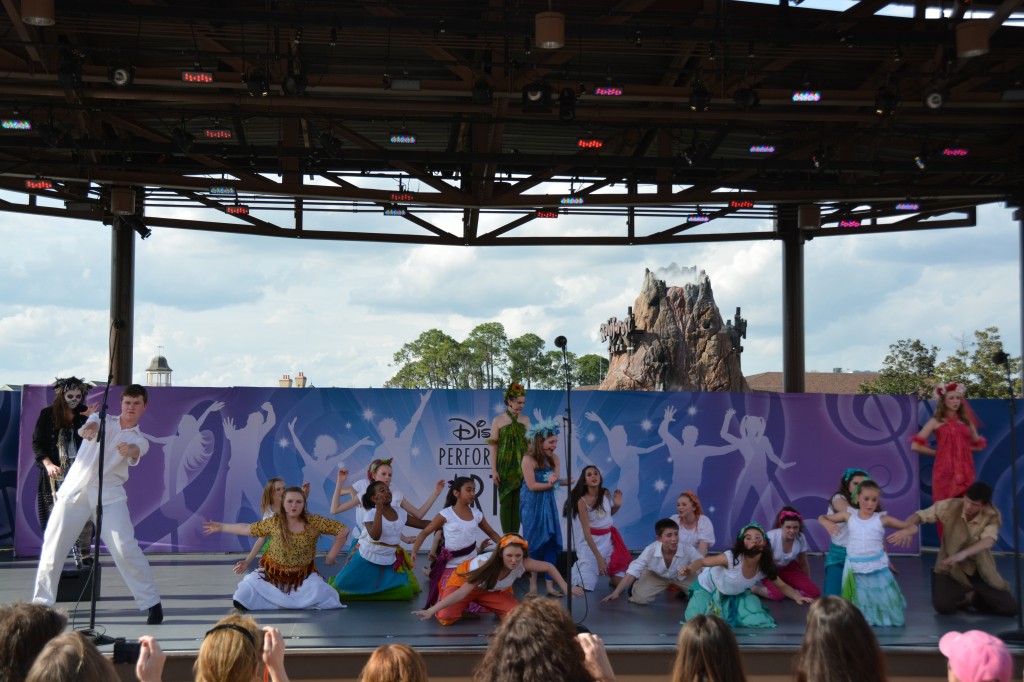 Look at her go! 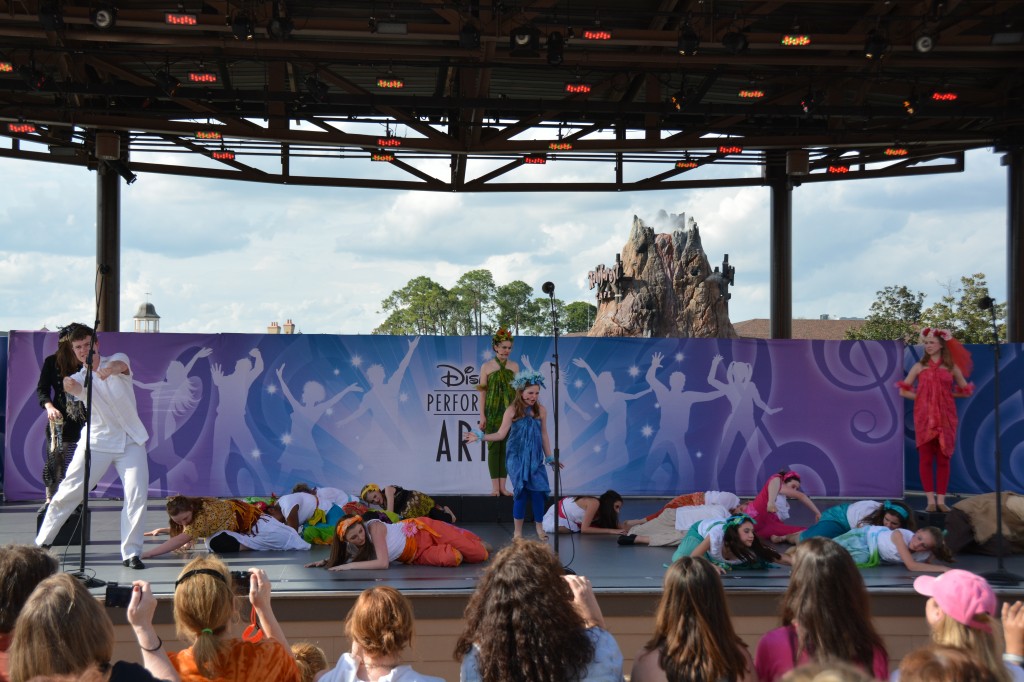 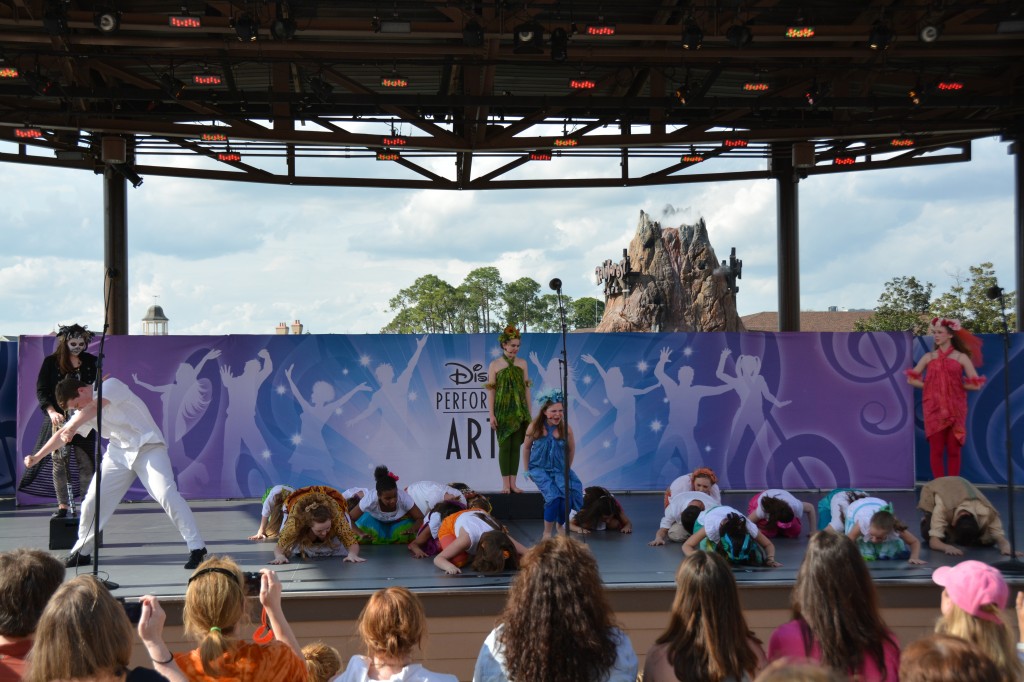 And, um, if you’d like to hear it… I can help you there too… (forgive the quality – Drama Mama on the iPhone here)

What impressed all of us (and especially the judges) was how the ENTIRE TROUPE was involved the entire twenty minutes. Even when they weren’t center stage or in the middle of a big musical number, each and every one of them was supporting the other both with their movements and their harmonies. 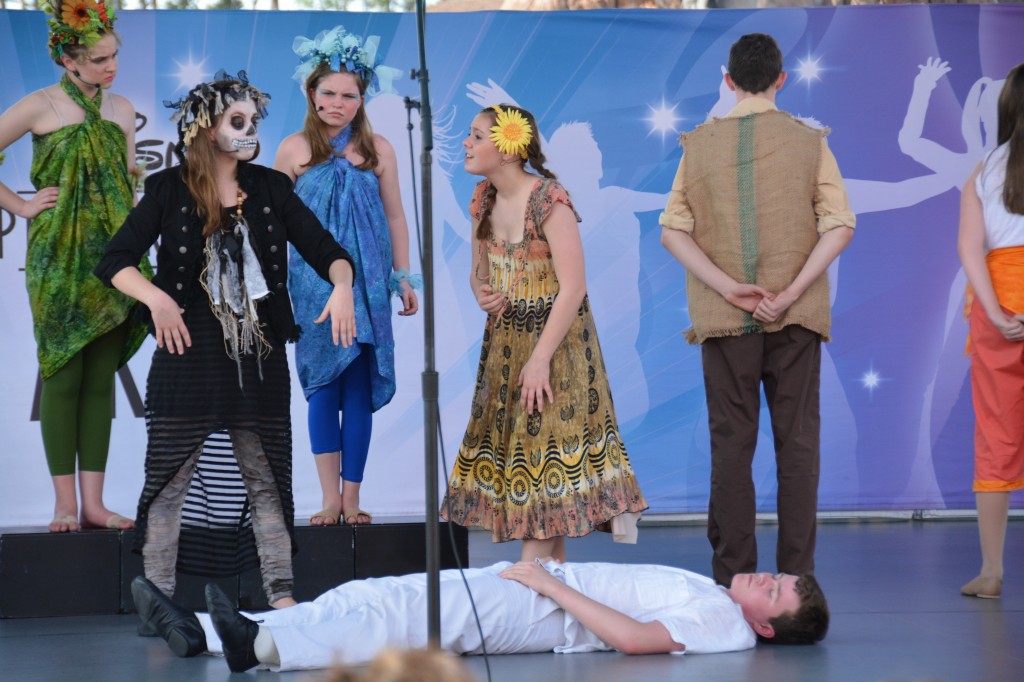 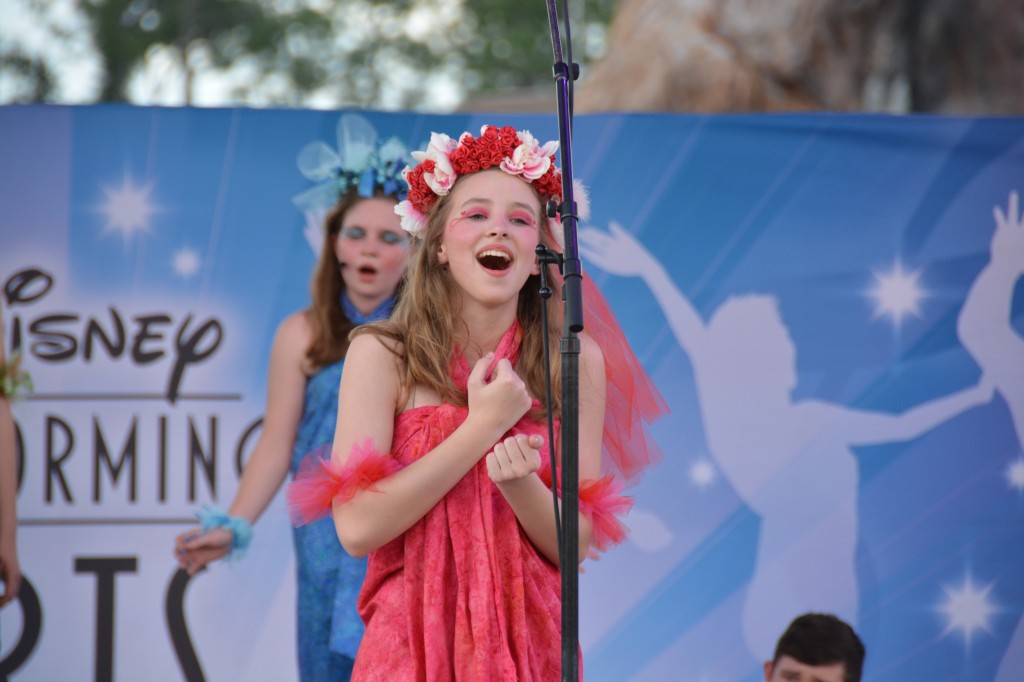 It was truly a beautiful thing to experience. Seriously, it’s been a month, and I’m crying as I put together this post.

The troupe came home with the trophies. 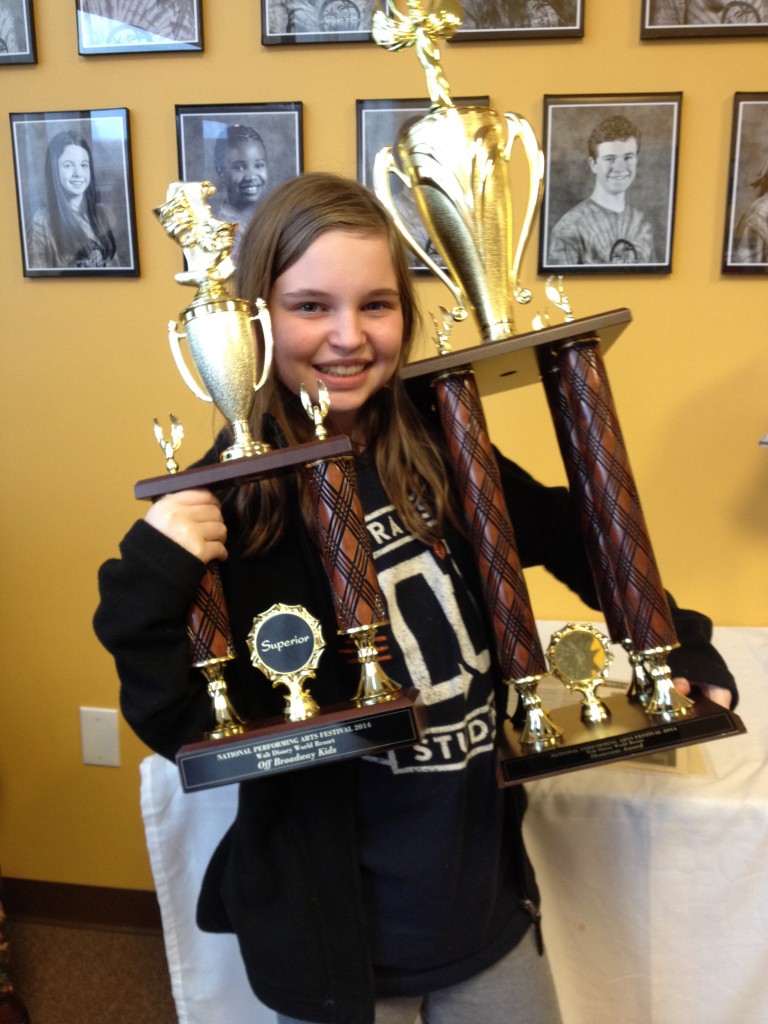 But, more importantly, they each came home with a memory—one so precious and unique. Never again will they get to be on that stage, with that group, performing their hearts out. It truly is the memory of a lifetime.

One thought on “Mags on the Disney Stage”