I’ve been a “Drama Mama” for over a year now. It’s not a role I ever thought I’d have in my life. I mean sure, I wanted to be a mama – since I was old enough to know I could be one. And, I figured when I gave birth to a mini-me there was going to be some drama. But I never saw myself being a “Drama Mama.” 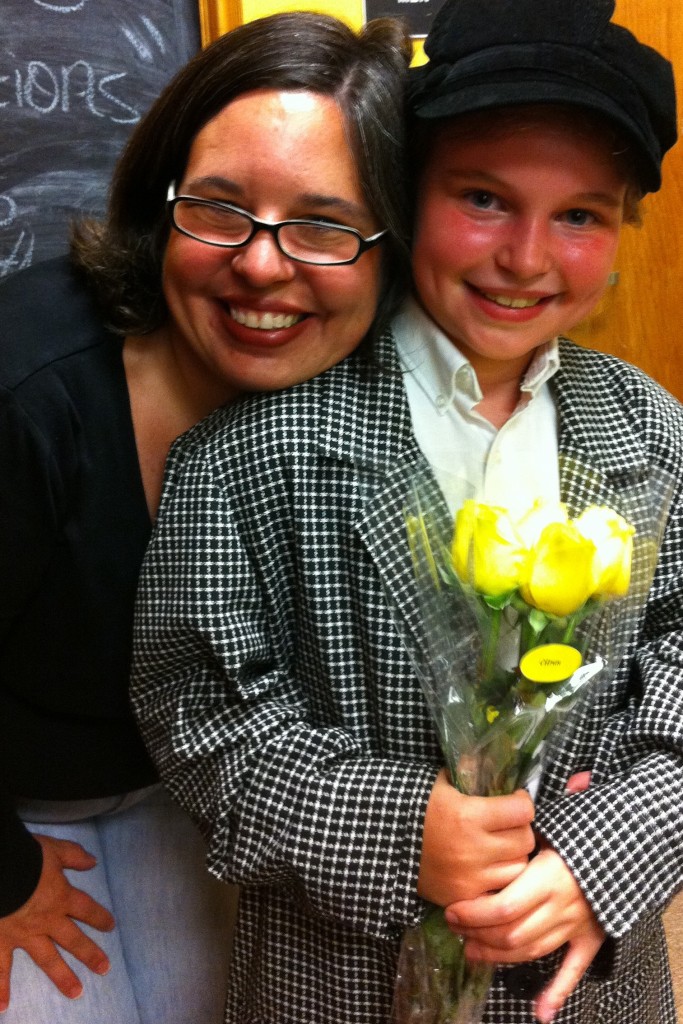 However, there’s a side of the “Drama Mama” role that’s selfish too. You see, where there is one drama mama, there are more drama mamas. We’re ALL sitting and waiting. We have a common bond, and we kinda enjoy each other. What you see on TV… ya, that’s not real. What’s real is a group of women joined together wanting what is best for the entire troupe. What’s real is a group of women who work hard to make sure the show is the best it can be and that EVERY child shines. That’s real. And, I love it.

Yesterday, a local news station filmed a rehearsal at Mags’ studio, Off Broadway Dance. It was a special rehearsal called for 7:45AM on a Monday morning so that they could be filmed and interviewed. The reporter was hoping to a have a few kids there for the story. EVERYONE showed up (minus two who were devastated they couldn’t be there, but had prior commitments). Not only did they show up, but they were EXCITED to be there. They couldn’t wait to share their passion with this reporter. They wanted her to see what they LOVE to do.

And, show her they did. The drama mamas were oh so very proud!

I think the reporter was a little surprised by the lack of drama in the “Drama Mamas.” What she found was a group that acts like a family, each member having something unique to give, and everyone better because of the group.

Is your child involved in a group activity? How has it grown him/her?