My good friend Tricia over at Once a Month Mom has a new eCookbook out called Survive Before 5: Toddler Meals for Your Busy Days. She sent me a copy to look at so I could tell you all about it.

It’s awesome! That is all…

The one thing I remember from having a toddler is that you are ALWAYS moving. Either chasing the toddler or getting something for the toddler or doing the laundry the toddler created or playing with the toddler. Meal time would sneak up, and if you weren’t fast, you had a cranky, hungry toddler on your hands. Not fun! Tricia’s eCookbook helps avoid that.

In Survive Before 5: Toddler Meals for Your Busy Days, Tricia gives us some easy and yummy recipes that can be frozen so you can do one big cook a month and have the rest of the days to play! She even gives a sample monthly menu plan for breakfast, lunch, and snacks that incorporates all that you made on your cooking day. Talk about taking the pressure off! I love having a plan. It makes the day go so much better.

It’s the additional features that make Tricia the amazing Once A Month Mom. She takes all the hard work and does it for you. You just have to follow directions!

I’m off to make some granola bars. No, I don’t have a toddler anymore, but we still snack here at the House of Hills.

Disclosure: I was given a copy of the eCookbook for review, and all links are affiliate links. However, we all know I don’t tell you about stuff I don’t actually like. All opinions are my own.

So, I don’t usually shop at Kroger. In fact, I practically NEVER shop at Kroger. Why? Well, because the Kroger nearest our house has seen better days. I’m a Publix girl. Everyone at Publix knows me. They know the Princess. They ask about my family. So, I go to Publix and miss many a Kroger deal.

However, I read Happy Homemaker Cindy’s “Top Stock Up Deals” today and knew I needed to head on over to Kroger. People – they are giving you two free gallons of milk if you by four boxes of Kellogs cereal. And, you can get two deals worth. I GOT 4 GALLONS OF MILK FOR FREE!!

Here’s a picture of what I got:

Isn’t that AWESOME! I know those of you that are mega coupon shoppers can do better than that, but I’m proud of my Kroger shopping trip this week.

Who knows, I may go back next week – if there are more good deals.

Where is your favorite place to get the deals?

So I had a REALLY exciting Friday night. I made my coupon binder. I know – thrilling right! Well, actually I was SO EXCITED to make my binder and apparently others were too. I got several Twitter and Facebook messages asking me to show more pictures. So, here you are ladies (and gents) – the promised Coupon Binder Blog Post. It’s a long one, so hang with me…

I’ve been reading lots of blogs and hearing how people are saving TONS of money with coupons, but I’m having trouble accomplishing what they can accomplish. And, I’ve often caught myself in a store, seeing something on a great sale, and knowing that I have a coupon for it at home. SO frustrating. I’ve tried several systems over the years.

The way I’ve couponed for years is using THE COUPONIZER. I actually still LOVE this coupon organizer. It’s got logical categories. I like that you can flip through pages rather than struggling with an accordion file. I LOVE LOVE LOVE the mat that comes with it that helps you organize your coupons. It also fits in my purse and is easy to sue at the store. If you’re just getting started with couponing and are looking for a simple coupon organizer, I HIGHLY RECOMMEND this one.

So why did I want to leave THE COUPONIZER behind? Well, two reasons: 1. Mine is falling apart. Seriously, it has been used for at least six years, and I either needed to buy a new one or move on to a different system. 2. I’ve got too many coupons. I get the Sunday paper most weeks. (Yes, I know I need to subscribe – it’s on the to-do list.) I get leftover coupons from my mom. In addition, we get a version of the Sunday coupons every Thursday in a small paper that is distributed to everyone. I get mine and at least two other neighbors who don’t coupon. Folks, that’s A LOT of coupons. It’s also A LOT of the same coupon. What was happening was that my Couponizer was stuffed and I was having to go through a lot of coupons to find the one I needed.

Many coupon savvy people recommend saving all coupon inserts and writing the date of the insert on the front with a large marker. Then, when you go to blogs like Southern Savers and Mommy Snacks, you can easily find the coupon to which they are referring by going to that week’s coupon insert. Clip what you need and go to the stores with a very detailed list and your envelope of coupons.

Ya, that was NOT working for me. That is not to say that it won’t work for you. It’s just not working for me. I have been attempting to do this since the beginning of the year. What I’ve got is a whole bunch of coupon inserts with very few coupons cut out of them. Why? Because I can’t ever seem to find the coupon to which they are referring. And I haven’t been able to find the time to sit down and make a comprehensive shopping list before I end up at the store. I’ve been in Publix, seen something on sale, known there was a coupon at home, and been SO FRUSTRATED.

So, after seeing several COUPON BINDERS online, I am giving it a try. If I don’t like it, I’m going back to THE COUPONIZER. There are lots of places online where our bloggy friends have shared the coupon binder wisdom. These are a few I found:

And there are some that will sell you a coupon binder:

I SERIOUSLY considered purchasing a pre-made binder, but it would take time to get here. And, I wanted it done this weekend. I also didn’t want to pay for shipping or really pay for something I could do myself. I headed over to Walmart, and had everything within minutes. I spent about $35 and this is what I got.

I purchased a 2″ (I think) 3-ring binder that zipped. I wanted it to be able to close so that it didn’t fall apart all over the car. I purchased three sets of 8 tabs – well, I actually only purchased 2, but I’m going to get one more. I purchased 2 packages of baseball card pages. These are always near the registers at Walmart. Just in case you’re looking for them. The last thing I bought was a $1 calculator. I’m not really sure why I think I need this since I have an iPhone, but I’ve got one.

The first and biggest step was determining what my categories were going to be. Seriously! It’s a HUGE decision. I looked at what others had done online and I looked at The Couponizer. I decided to do basically the same categories as The Couponizer but break them down a little more. I ended up with 21 categories – and that was eliminating some. Who knew there were that many categories of coupons!?

Now, I know myself pretty well. And I knew that as soon as I wrote a category in permanent marker on one of those tabs, I was going to want to change it. Instead, I used these cool removable labels that I had from Avery. I cut them up into little strips and stuck those strips on the tabs and then wrote my categories on the strips. And, yes, I did change a couple up almost immediately. Notice my cool Bic Mark IT! pen. Still loving it.

Once I had all the tabs ready, I placed them in the binder alphabetically with two baseball card pages in between. Then it was time to add in the coupons. I had PLENTY of those. Remember, I had all those coupon inserts with the dates on the front and nothing clipped out.

I had so many coupons that sorting them was going to be a nightmare. So, I took a cue from THE COUPONIZER and made a sorting mat. I grabbed a half piece of poster board and divided it into 24 sections (an extra few in case I need them later). I then labeled the sections with the same categories as I have on the tabs. This made going through and organizing the massive stack of coupons I had a breeze. If you’re not doing this… well, then I’m not sure how you sort yours.

One thing I discovered when I was putting the sorted coupons in the binder is that they’ve got to be trimmed pretty well to fit into those pockets. The baseball card pockets are …um… the size of baseball cards. Some Many coupons are not that size so they have to be folded or trimmed well. I might investigate different size pages if I decide this is the way for me.

So, I’m pretty excited about my coupon binder. It will be making it’s debut at the local Publix tomorrow. We’ll see how it goes. I’m going to give it a least a month before making any decisions as to whether it’s the system for me. But, I’m thinking it’s going to be.

What do you do to organize your coupons? 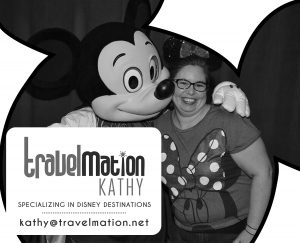