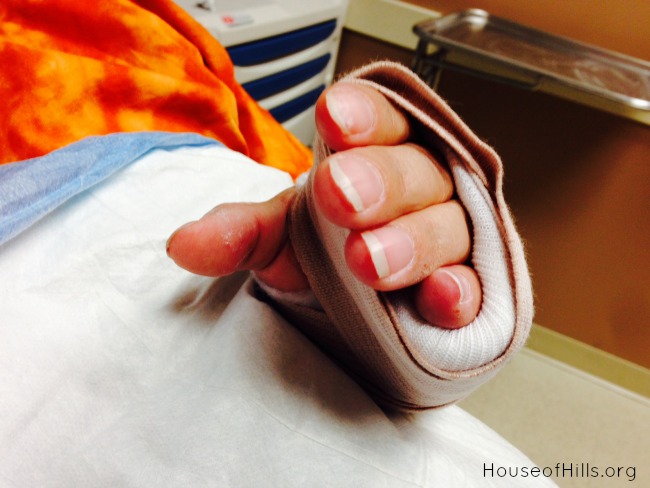 One minute I was stepping up on the curb at Maggie’s Drama Studio. The next, I was falling ever so quickly towards the ground. I braced my fall with my left hand and felt and heard something nasty as I landed.

I knew immediately it was NOT GOOD!

I was whisked to the ER by the Drama Mamas where hubby joined me. He of course started taking pictures. 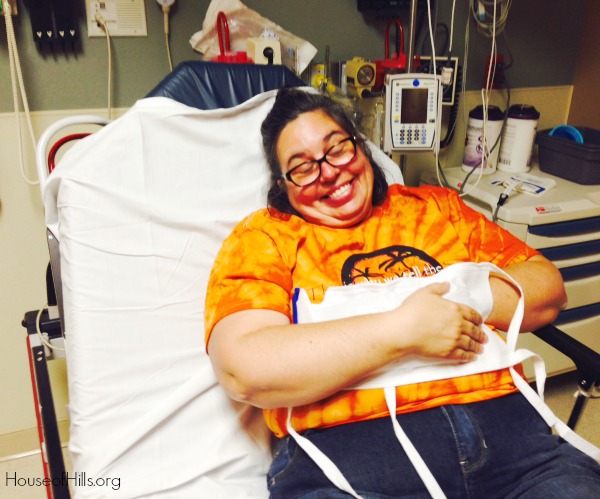 Major fracture of the left pinky. I wish I had a picture of the x-ray. Not the pinky itself because it was GROSS! My poor little pinky had totally moved over. Like A LOT!!

And OH. MY. WORD. did it hurt. My poor husband. He’d never seen me in that much pain.

Then, they gave me these massive shots to numb it so they could set it, wrapped it up and sent me home. With some prescriptions of course. Did I mention the pain? The insane pain.

So, I’m sitting here icing and elevating. And typing with one hand.

Making an appointment with the hand specialist tomorrow. Praying I won’t have to have surgery, but not real optimistic about that. Like I said, the finger practically moved over.

This definitely will slow down my 31 Days of Disney posts. I had big plans to write several posts during rehearsal yesterday. Sigh.