I had the absolute pleasure of seeing Disney’s Beauty and the Beast last night. It was a much anticipated event, and I was afraid the movie itself wouldn’t lead up to the hype. I shouldn’t have feared. Disney did it again.

Now, I would think as a production company, Disney would be slightly intimidated by taking an animated, well-loved classic and turning it into a movie full of real people (well except for the enchanted objects). And, the stress of getting just the right actor to play each role, especially when we have associated distinct voices with those characters for years, that had to be overwhelming. However, whomever was in that casting office did an INCREDIBLE job. Each voice and face worked harmoniously both with the character they played and as an ensemble. My favorite casting by far was Kevin Kline as Maurice. He brought a depth to that character we have not seen before that I really, really enjoyed. 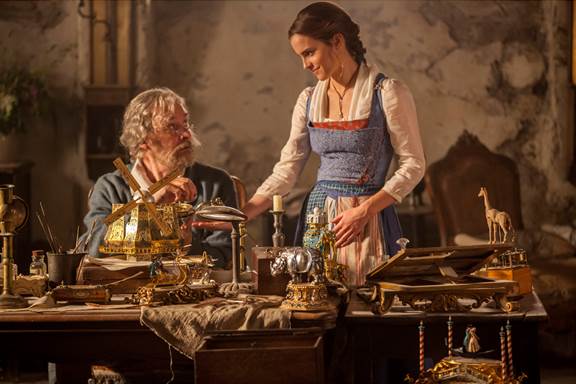 Then, of course, there was the casting of Josh Gad as LeFou. 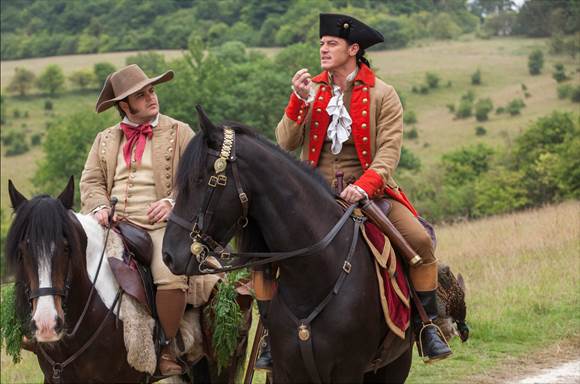 While I struggled a minute with Olaf singing in a tavern, I quickly admired the depth of character Josh brought to the role. We see a whole different side of LeFou in this version of the story that makes his character even more likable. And, it makes Gaston even more the villain. Now, I know there was much controversy before the release of the movie about the character of LeFou and his infatuation with Gaston. In my humble opinion, much was made from nothing. However, I’m not as eloquent with words as some of my blogging friends. If you want to read some excellent writing on the subject, visit my friend Amanda and/or Mary on their blogs. They’re the great writers, and I agree with them.

Several friends have already asked me if I think the movie is too scary for preschoolers. That’s an excellent question. First, let’s remember that this movie is NOT rated G. It’s rated PG, and that should be enough of a reason to not take the smallest princess lovers to the big theater to see it. I would say the scariest parts are the same ones that are scary in the animated version – the wolf attacks and the fight between Gaston and the Beast. Those wolves give me the creeps. Only you know what your child can handle. So be sure to think it through before taking smaller children who frighten easily. You might even want to see it first.

I REALLY enjoyed seeing this film and will be seeing it again in the theater. If you love this story, you will not be disappointed by this rendition. Here’s a little clip to get you ready.

So who else has seen it. What did you think?

I saw the movie with my own money and thoughts are all my own. Pictures and video are from the Walt Disney Company.

2 thoughts on “Disney’s Beauty and the Beast – A Review”