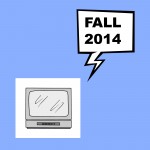 Really, I should have titled this what Kathy’s watching. Because, let’s be real. I’m the TV addict here in the HOH. I actually may have a problem. My DVR almost can’t keep up with me. For other’s who are like me, I thought I’d share what we’re watching at the HOH for Fall 2014.

Oh, and another disclaimer. I TOTALLY added shows to my DVR list after I read Mary’s AMAZINGLY THOROUGH investigation of the Fall 2014 TV Schedule over on Giving Up On Perfect. I encourage you to go check it out.

Here’s what I’ve got set up to record. (Please note that not all of these are starting this week, but this is what the TV Guide website has up as the Fall 2014 TV Schedule.)

Sunday:
Madame Secretary – 8PM – CBS – This one is new. Woman in power in a high drama situation. Thought I’d give it a try.
Once Upon a Time – 8PM – ABC – The entire HOH watches this crazy show. Can you say Disney characters? We caught up from season one during the summer and are anxious for the new season to begin.

Monday:
The Big Bang Theory – 8PM – CBS – Watch this one with the hubby. We laugh out loud. Literally.
The Voice – 8PM – NBC – We know someone auditioning this year. Honestly, we’ll probably only watch as far as he makes it. So, hopefully all the way!
Castle – 10PM – ABC – I love Richard Castle. Sigh…
NCIS Los Angeles – 1oPM – CBS – I adore a good crime drama, and the the ensemble cast of this show really clicks.
The Blacklist – 10pm – NBC – Hubby and I both like this one. Always leaves you hanging just enough to go “huh?” in a good way.

Please note that Monday at 10PM is over-booked. I can only record two at once. (I know I’m behind the times, but we only have one TV and older model DVR and it’s really all we need.) We have not yet determined which show will be pushed to the bottom of the list and therefore must be watched online. Thankfully, this decision can wait until next week as NCIS:LA is not on this week.

Tuesday:
The Voice – 8PM – NBC – We know someone auditioning this year. Honestly, we’ll probably only watch as far as he makes it. So, hopefully all the way!
NCIS – 8PM – CBS – Gibbs… love him and his team. I’ve watched this show since the beginning. ADORE it!
NCIS New Orleans – 9PM – CBS – Newest of the NCIS franchise. Not sure if I’m going to like this one, but I’m going to try.
Person of Interest – 10PM – CBS – Another one hubby and I really like and have watched from the beginning. If you’re jumping in late on this one, go back to the beginning and catch up. Worth it.

Wednesday:
The Voice Results – 8PM – NBC – We know someone auditioning this year. Honestly, we’ll probably only watch as far as he makes it. So, hopefully all the way!
Criminal Minds – 9PM – CBS – Disturbing yet addicting. This is one I went all the way back to the beginning and caught up. Can’t let it go.

Thursday:
Football – 8PM – CBS – We kinda love football at the HOH. It’s on all fall. And, it’s a family thing.
Gracepoint – 9PM – FOX – David Tennant – That’s all that needs to be said. Truly hoping we like this one. Might let Mags watch depending on the intensity of the show. She is currently in love with Doctor #10.

Friday:
Um, nothing…. catching up on the week.

Saturday:
Football – wherever we can find it.
And, when football’s over, we have to reconfigure our lives.

What shows are set to record on your DVR? Did I miss any good ones?