Happy Tuesday everyone! It’s time for the Top Ten. Not having any idea what to list today, I decided to copy what someone (and I’m so sorry I can’t remember who) did last week and tell you some about me. ‘Cause I’m sure you want to know ALL about me! So, in no particular order…

1. I was an Air Force brat in my younger years. I was made in Taiwan, born in Virginia, lived in Berlin, Germany for five years, and then moved to Nebraska. There are pictures of me as a little bitty in front of some pretty famous places. Cool huh? Unfortunately, they’re all in boxes so I can’t find one to scan. Bummer.

2. My parents divorced when I was eight. Back then, that was NOT the norm. We moved to Atlanta soon after. Been here or near ever since. I love Atlanta – except for the pollen and the smog. Other than that, it’s a great place to be!

3. The sibs! I have amazing sibs. I’ve got a biological brother and then was blessed with a step-sister and step-brother when my mom FINALLY decided to marry the guy she’d been dating FOREVER when I was eighteen. We ALWAYS took a picture together at every holiday in front of the front door. So, when we had professional pictures taken a couple of years ago, I insisted we get one in front of the door in our usual order. That’s me and Bubba (biological) on the right and my steps on the left. Yes, my brother is a FULL FOOT taller than me. **sigh**

4. I also have a half sister on my dad’s side. She lives in Alaska! Brrrrr. We’re friends on Facebook, and she talks about temperatures that I can’t even imagine being as I’m a sweet Georgia peach.

5. I met My Sweetie on the Internet. True Story. This was back before there were all those online dating services. This was God using AOL instant messenger. Ya, God can use the Internet. He can.

6. I have been to Disney World every year (except one I think) that I have been married. We went on our honeymoon and have been back almost every year since. I married a Disney FREAK! 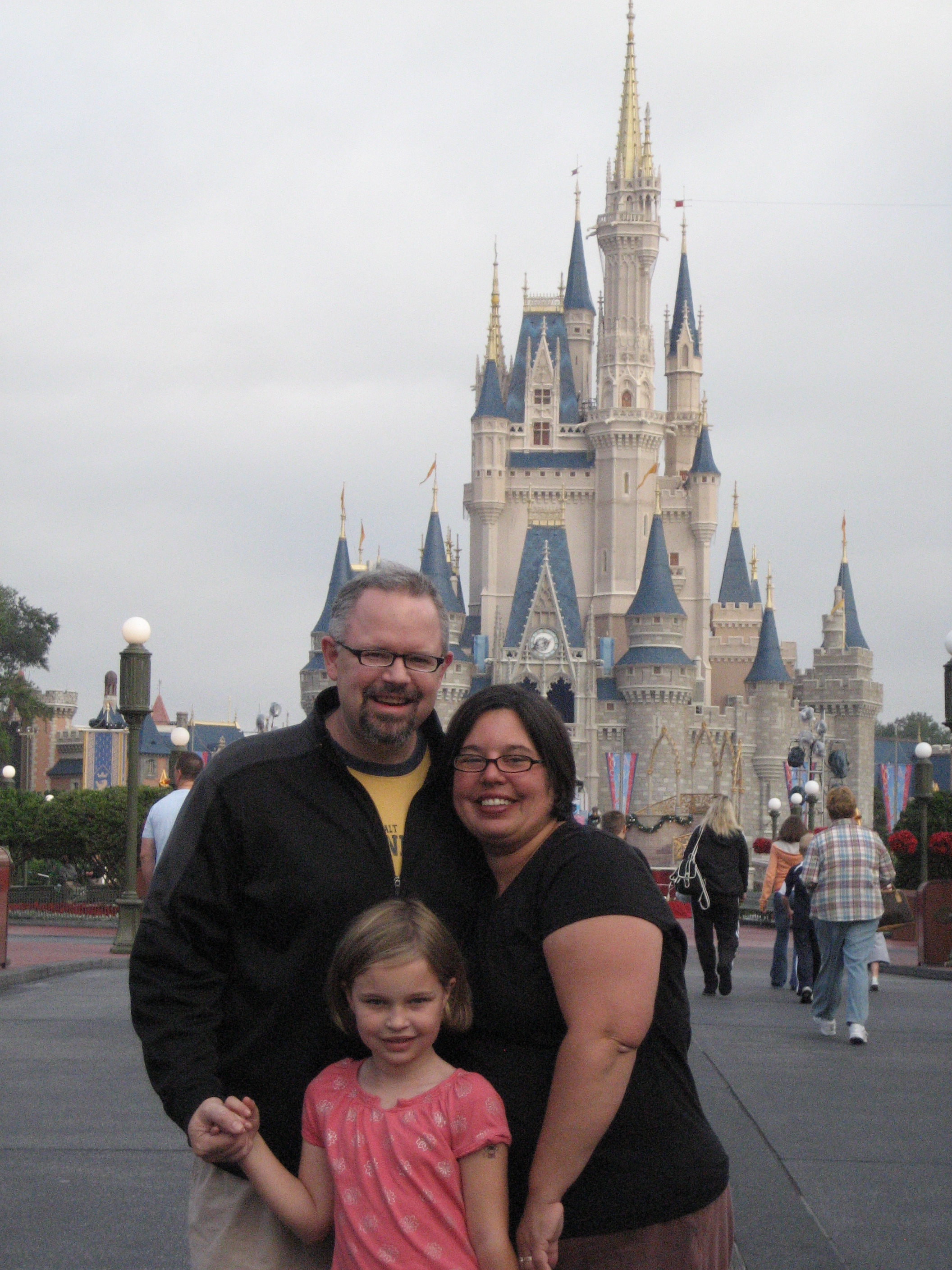 8. If you asked the Princess what my favorite thing is to do, she would say cook/bake. She’d be right.

9. My second favorite thing to do – read!!! I don’t get to do it enough, but it’s something I’m enjoying sharing with the Princess. I plan to start doing some book reviews on the blog soon. Looking forward to sharing my favorites with you.

10. I am the world’s worst housewife. I’m terrible at cleaning. TERRIBLE! So, I don’t do it. I pay someone. That’s horrible I know. But seriously, you can’t even tell I’ve cleaned a bathroom after I cleaned it. Worst housewife EVER!

So, now you know a bit more about me. Probably more than you ever wanted to. Anything surprise you?

For more Top Ten Tuesday go to OhAmanda.com. She’s had some good lists linked up lately.