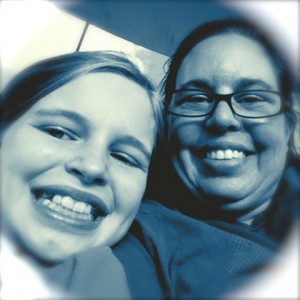 Yesterday, I sat down to write a quick blog post after my Instagram and Twitter feeds received lots of feedback on a picture I had posted.

I apparently hit a nerve in a multitude of people because my blog had more traffic than it ever has in its entire existence last night. I was really excited. People were sharing what I had to say. I must have said something of value. Then, I got a comment that wasn’t exactly supportive.

The commenter basically alluded to the fact that I am letting teachers raise my child. When I first read it, I was offended. But, then I pondered. The commenter has every right to write his/her opinion. I can delete it if I really want to. I have that power. However, what was my reaction telling me about me? I feel that whenever I’m offended I need to look at the “why” in me. Why does that bother me?

The more I pondered, the more I realized that I truly don’t think I’m letting teachers raise my child. Yes, she spends seven hours a day with other people influencing her. Yes, I allow and even encourage that. Because that is what’s best for our family right here, right now. It’s not what’s best for everyone’s family. It might not even be best for our family six months from now. But, right now, that’s where we feel God has led her to be.

She is a beacon for the Lord. Her joy and confidence and all out love of life shower everyone around her with God’s love. When it was time to decide where she was supposed to go to school, God led us to send her to public school. Has it always been easy? No. Has God convicted us to change the plan yet? No. Are we open to His changing the plan? Always.

In yesterday’s post, I said “I don’t get much face time.” And, I don’t get as much as I used to. But, I think that’s okay. The time I do get is rich with conversation and love. It’s time that we cherish as a family and try not to waste. She’s at a stage in life where she’s becoming more independent, her own person. She shouldn’t need me as much. She needs to trust herself and her God to lead her. Her dad and I are now touch points. We’re safe places to come to when she needs help and is trying to figure out how to deal with something. Her foundation is strong. Now, she just needs us to help her smooth out the rough edges that come with being a tween. But the journey is hers. I don’t need to be in her face all the time.

My girl starts and ends her day with me, her dad, and her Heavenly Father. The time in between she knows we are all there with her, but she’s doing it on her own.

And, isn’t that the goal?