Warning: "continue" targeting switch is equivalent to "break". Did you mean to use "continue 2"? in /nfs/c08/h03/mnt/115228/domains/houseofhills.org/html/wp-content/plugins/jetpack/_inc/lib/class.media-summary.php on line 87
 IT WON'T STOP RAINING! What can I do with the kids inside? - House of HillsHouse of Hills 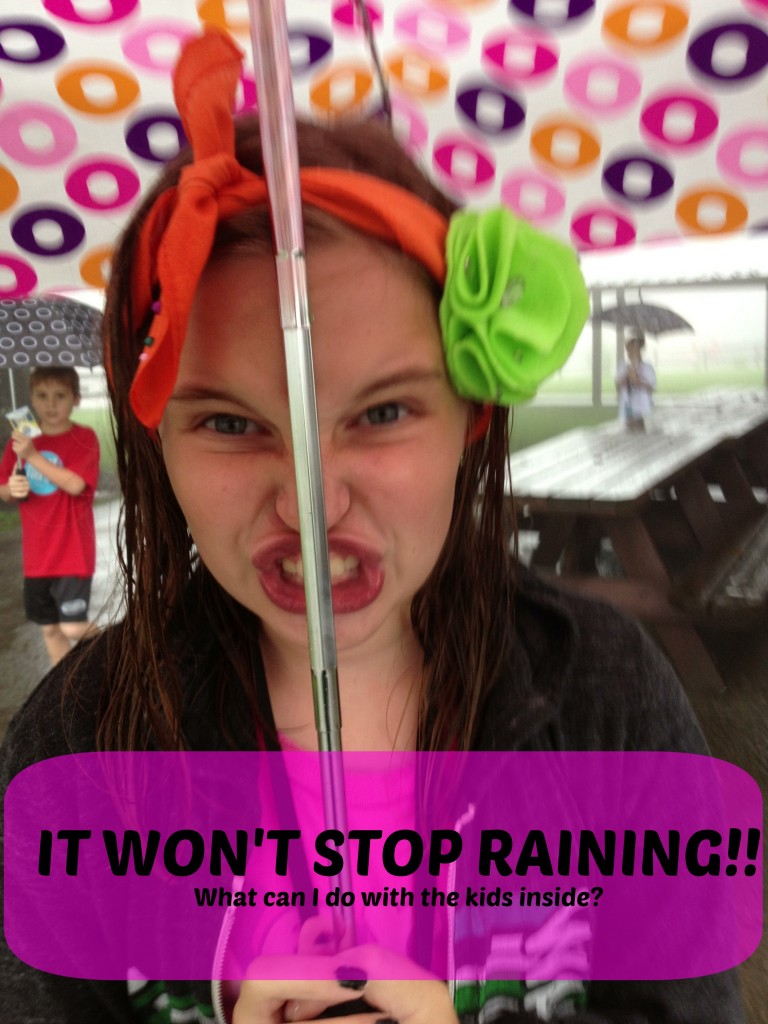 We have had the wettest summer EVER here in the ATL. I mean it has literally rained just about EVERY DAY this summer. EVERY DAY!

Now, my kiddo is pretty happy to stay inside with her pursuits, but I know there are parents out there who are about to go stark, raving mad. You can only think of so many things to do when you’re stuck inside day after day after day.

I did a post back in 2011 of things to do when we were stuck inside because of a massive snow storm that hit the ATL. The fifteen things on that list would work during the summer too.

However, I thought I’d round up a few more in case you were running out of ideas to keep the sweet babes busy. 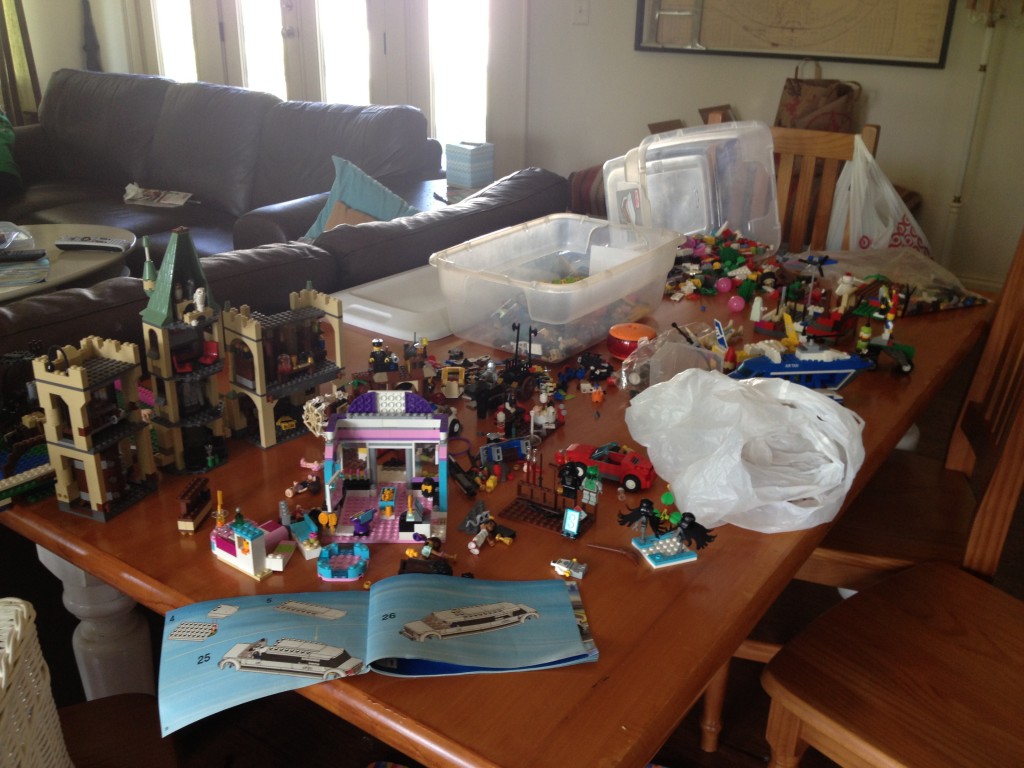 Pull out the legos! Dump the entire bucket on the table or floor. Then, set a timer and have a competition to see who can build the coolest thing in the set amount of time. For older kids, create a category that they have to use. For younger ones, challenge them to make patterns. 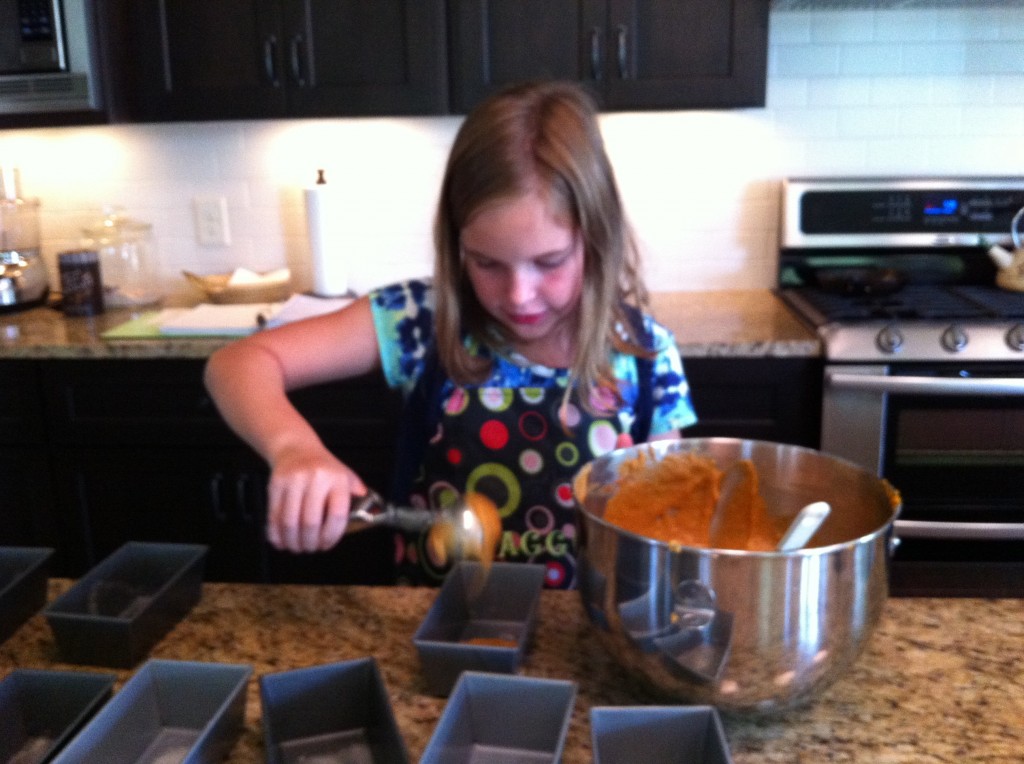 Have a cooking lesson. This is my girl making pumpkin bread, which for some reason I have yet to put up the recipe for. It’s an easy one for her to do alone now. But, she had to be taught how to cook. Choose a family recipe and teach it to your kids. They’ll learn something new, and there will be something yummy (I hope) at the end! 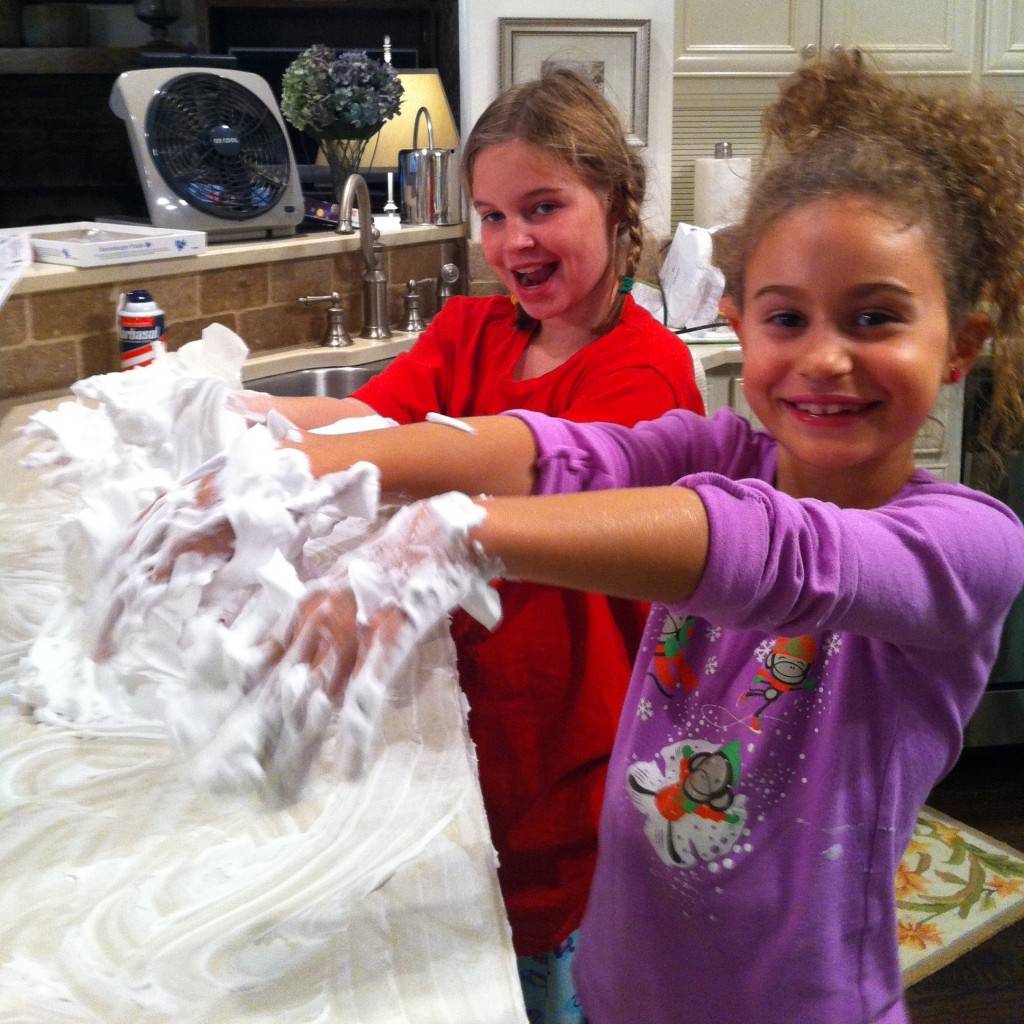 Play in shaving cream! I’ll admit it. This can be messy, but it will get everything off your counters for sure! I actually used to let kids play with shaving cream on their desks the last day of school when I taught. It cleaned the tops of their desks better than I could by myself! And it’s a pretty cheap way to keep them entertained for awhile. Of course, it’s time for baths/showers when they’re done so that’s even more fun! 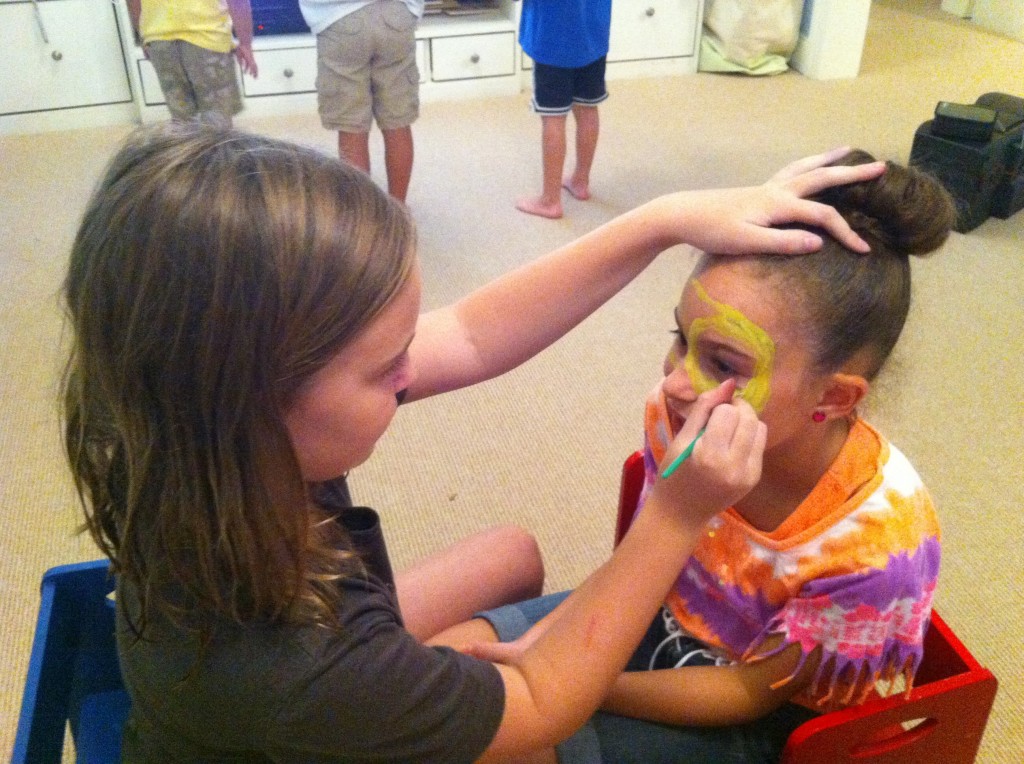 Face painting! You can pick up some easy face painting kits at the local party store or Walmart. Kids can have hours of fun painting each others’ faces and arms. You could even go crazy and let them paint your face. When all the painting is done, make up a play with the characters you created. 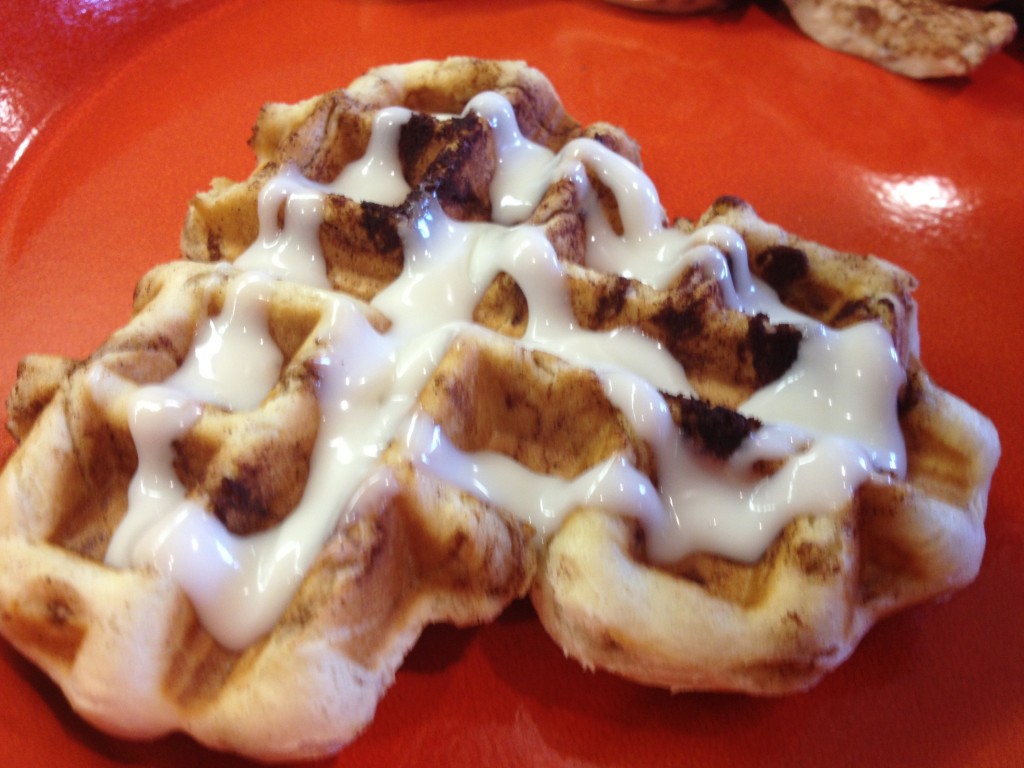 Try something from Pinterest. We tried this yummy Pinterest idea in my office. It was a hit. Don’t you have a board of things you’ve been meaning to try? (Or you can check out mine.) Look together with your kids and pick one. Then, next time you’re at the store, get the supplies and put them in the pantry until the next rainy day. You’ll have something to look forward to.

What about you? Have you found something fun to do to pass the time when it’s POURING outside? Please share!!