Warning: "continue" targeting switch is equivalent to "break". Did you mean to use "continue 2"? in /nfs/c08/h03/mnt/115228/domains/houseofhills.org/html/wp-content/plugins/jetpack/_inc/lib/class.media-summary.php on line 87
 Pi Day That Became Pie Week - House of HillsHouse of Hills

Pi Day was last week. Everybody knows Pi Day right? The day of the year that starts 3.14. That one.

Someone got really smart several years ago and named it that so we could all eat PIE on that day. I think that person is brilliant. I love pie.

My office decided to celebrate Pi Day by having Pie Week. Everyone was invited to bring in items to share. The only real rule was that they had to be round in some way. It was an awesome week of feasting for sure!

Because I love to bake (#HOHBakes on Instagram), I decided I’d do a different pie every day. This also gave me an opportunity to investigate new recipes for Thanksgiving. Because Thanksgiving = pie.

On day one, I went with the standard PUMPKIN PIE. But, I made two of them because nothing is better than a pumpkin pie than two pumpkin pies. 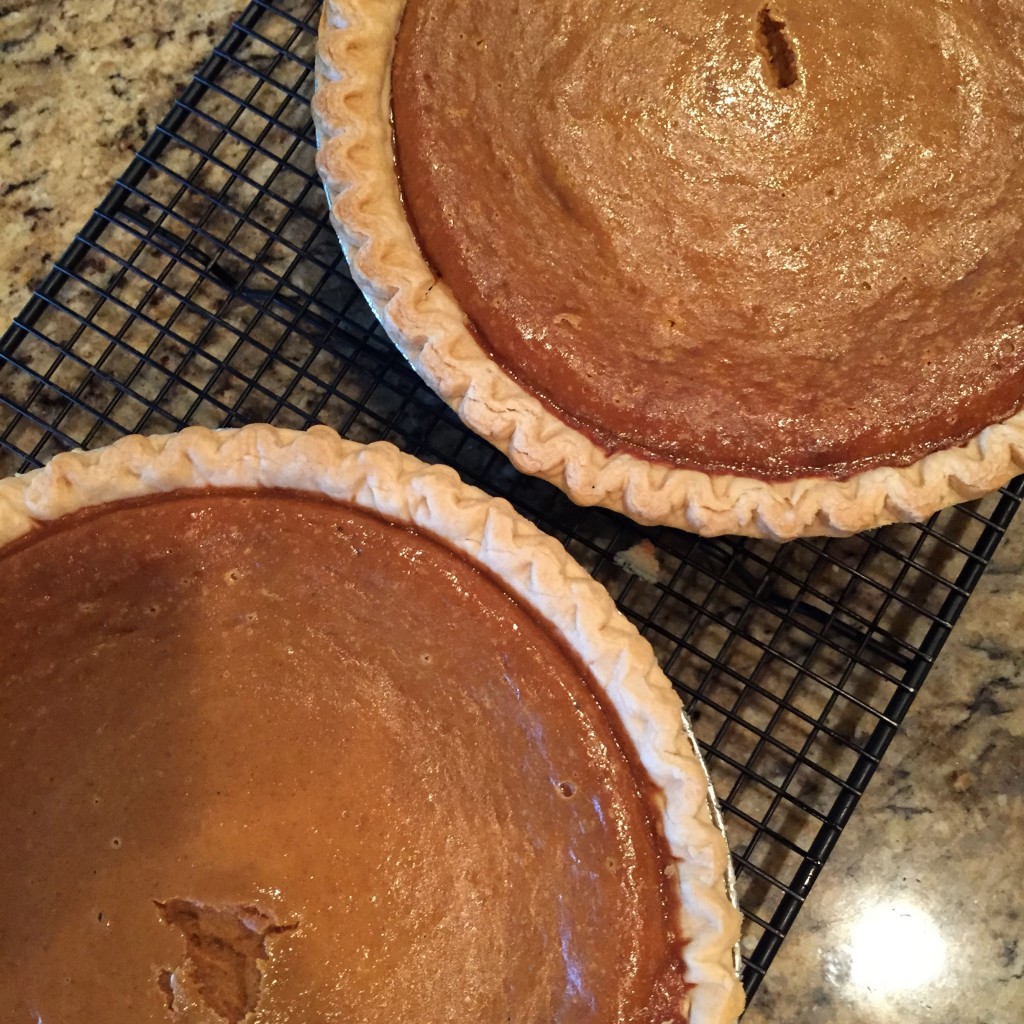 I’ve been using the same Pumpkin Pie recipe for YEARS and it’s basically the Libby one that is found on their website. You can see it here. The IMPORTANT thing about Pumpkin Pie is that you make it AT LEAST ONE DAY BEFORE you want to eat it. I actually recommend two days. That gives the flavors time to meld and become even more yummy.

On day two, I made a family favorite, SHOO FLY PIE. When I brought this one in, my coworkers from the North were very excited, but those who grew up here in the South were speculative. They’d never heard of it, and it had the word “fly” in it for goodness sakes. 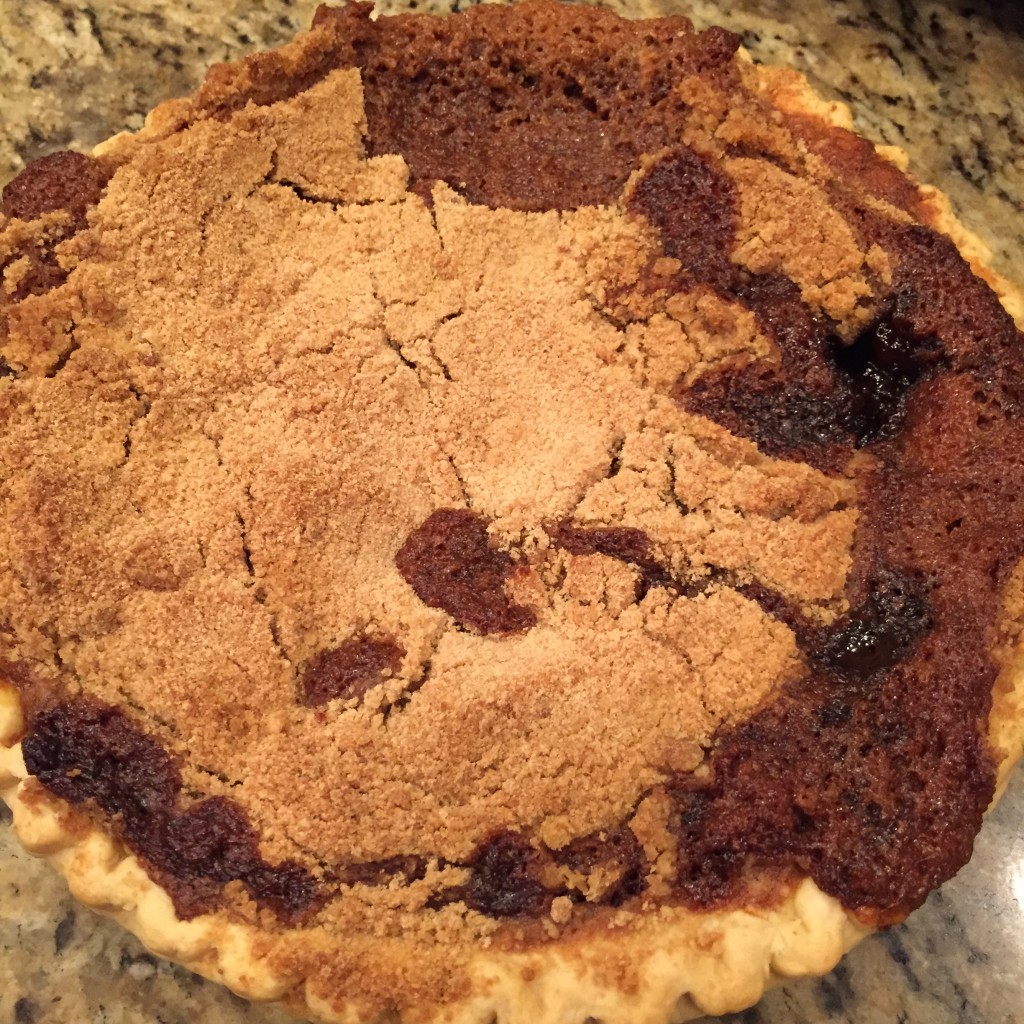 Now, I will admit that I’ve never made a Shoo Fly Pie that looks as good as those of my Pennsylvania Dutch extended family, but that’s never stopped anyone from eating it. Shoo Fly Pie is basically a molasses pie, and IT IS GOOD! I can’t give you the recipe (’cause it’s my Grandma’s), but if you do a web search for “Shoo Fly Pie” you’ll find a plethora of recipes.

For day three, I went to Pinterest to find something new to me. I decided to make Brownie Pie, and was very happy with my choice. So were my office mates. This one went fast. 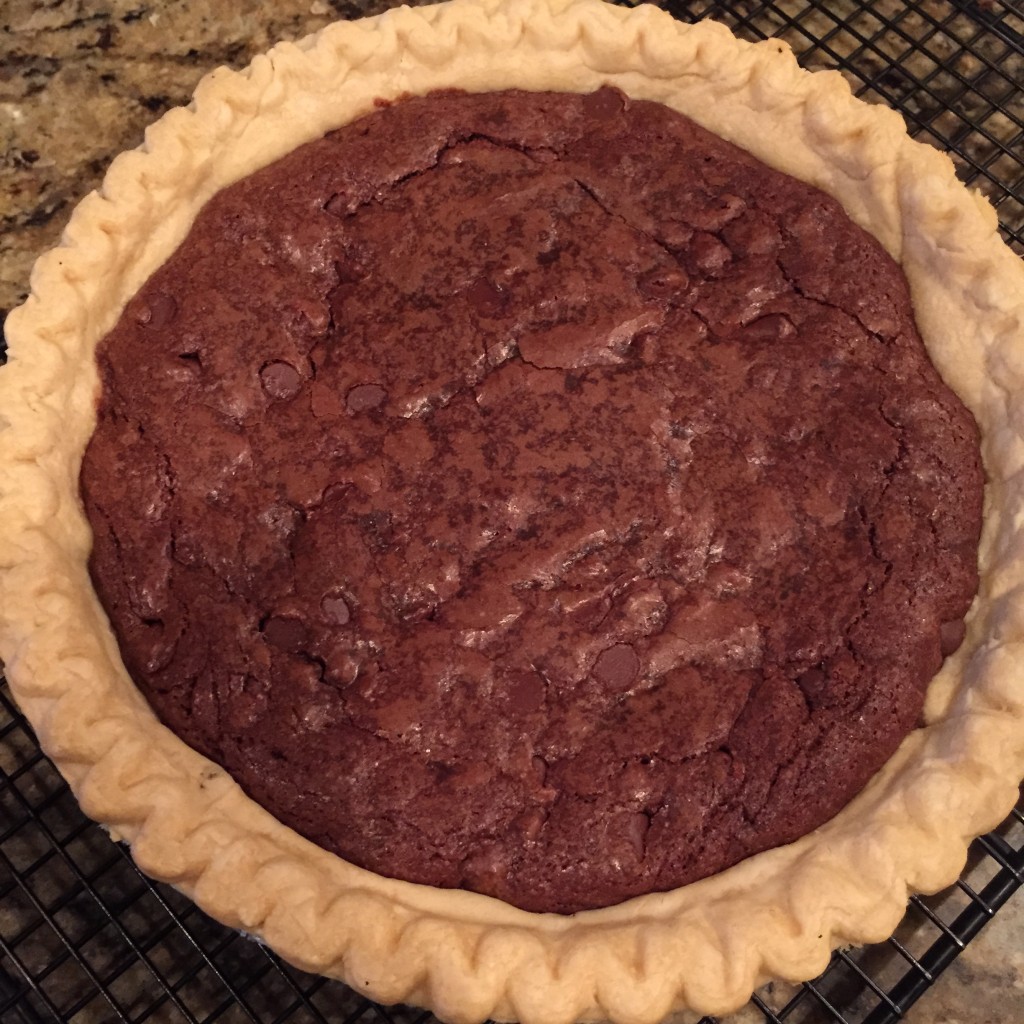 This recipe was SUPER EASY and very yummy. It was even better with some whipped cream on top. I’m pretty sure it’s going to show up at Thanksgiving this next year.

On the final day of Pie Week, I decided to go big. I went for Smore’s Pie. This one hit it out of the park! OH. MY. WORD. 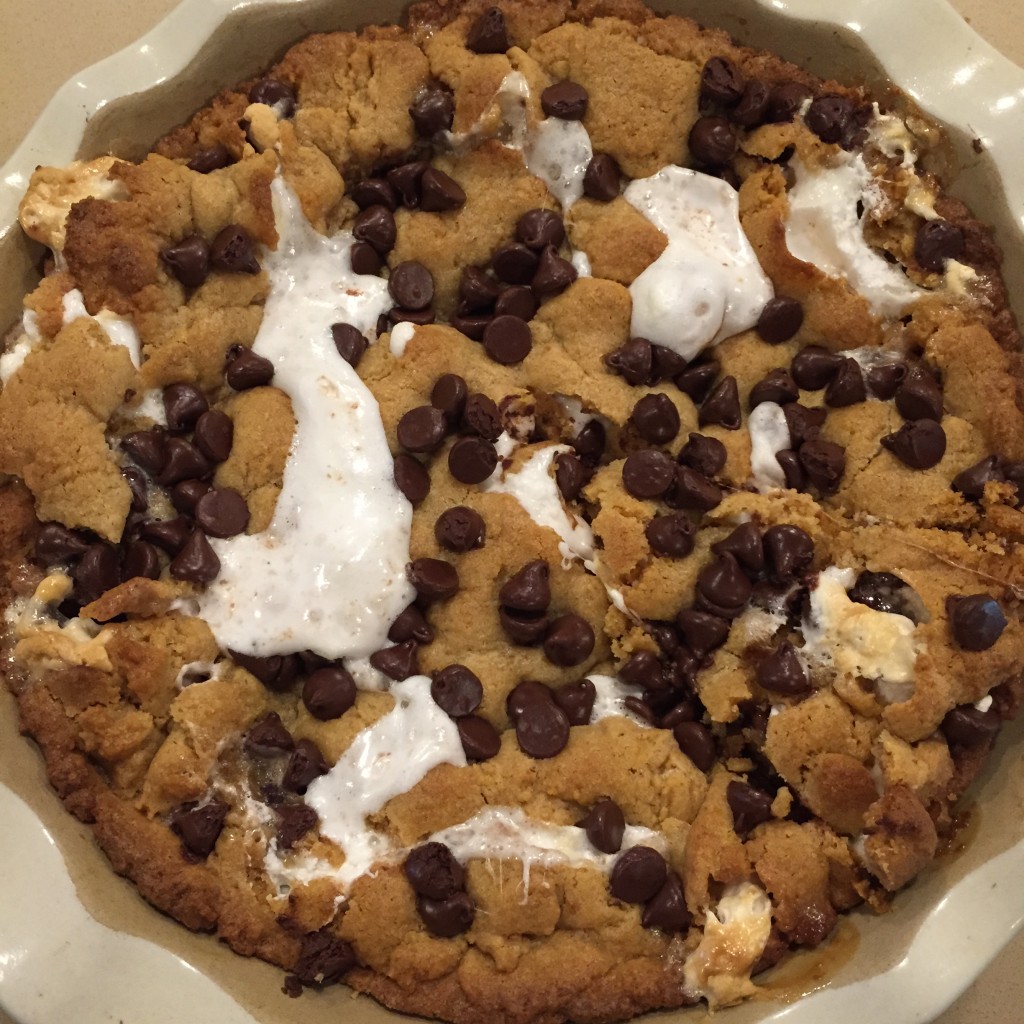 People, this pie has FIVE ENTIRE HERSHEY BARS in it. The recipe called for eight Hershey bars. I couldn’t bring myself to put in that many. I might put in at least one more next time though. I highly recommend this recipe. It wasn’t hard, but wasn’t as easy as the Brownie Pie.

Not to be outdone by all my co-workers that were bringing in savory forms of “pie” during the week, I decided to bring in a Taco Ring one day. 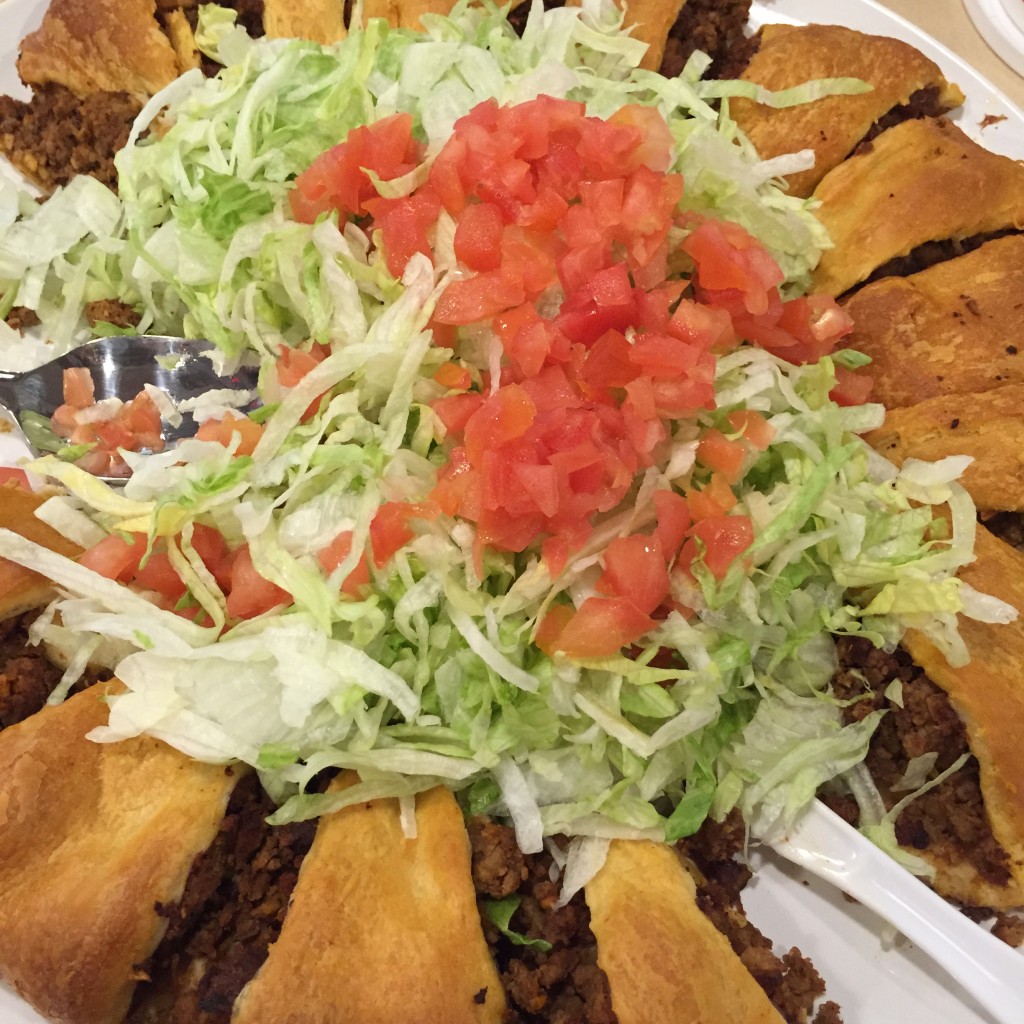 If you’ve never had a Taco Ring, you’re missing out on a quick, tasty dinner. It was a classic for Pampered Chef parties when I was a consultant YEARS ago, but sadly has gone out of style. Everyone at the office enjoyed it, and this recipe might be a great addition to your dinner rotation.

Did you celebrate Pi Day? What did you have?

One thought on “Pi Day That Became Pie Week”