I’ve turned my kitchen into a test kitchen as of late. The HOH Test Kitchen if you will. I’m testing different Pinterest recipes to see if they’re really as good as people say they are. I mean who are these people telling me something’s good on Pinterest? They’re usually not anyone I know.

Actually, what’s happening is that we’re getting into Orange season, and I’m a stress baker. I’m often a stress eater as well, but because of #HOHGetsFit I’m trying to avoid the whole eating thing. So, I’m baking and then taking it to the office. And, to mix it up a bit, I thought I’d try some of those many, many recipes that I’ve pinned but never made. It’s a win-win for everyone. 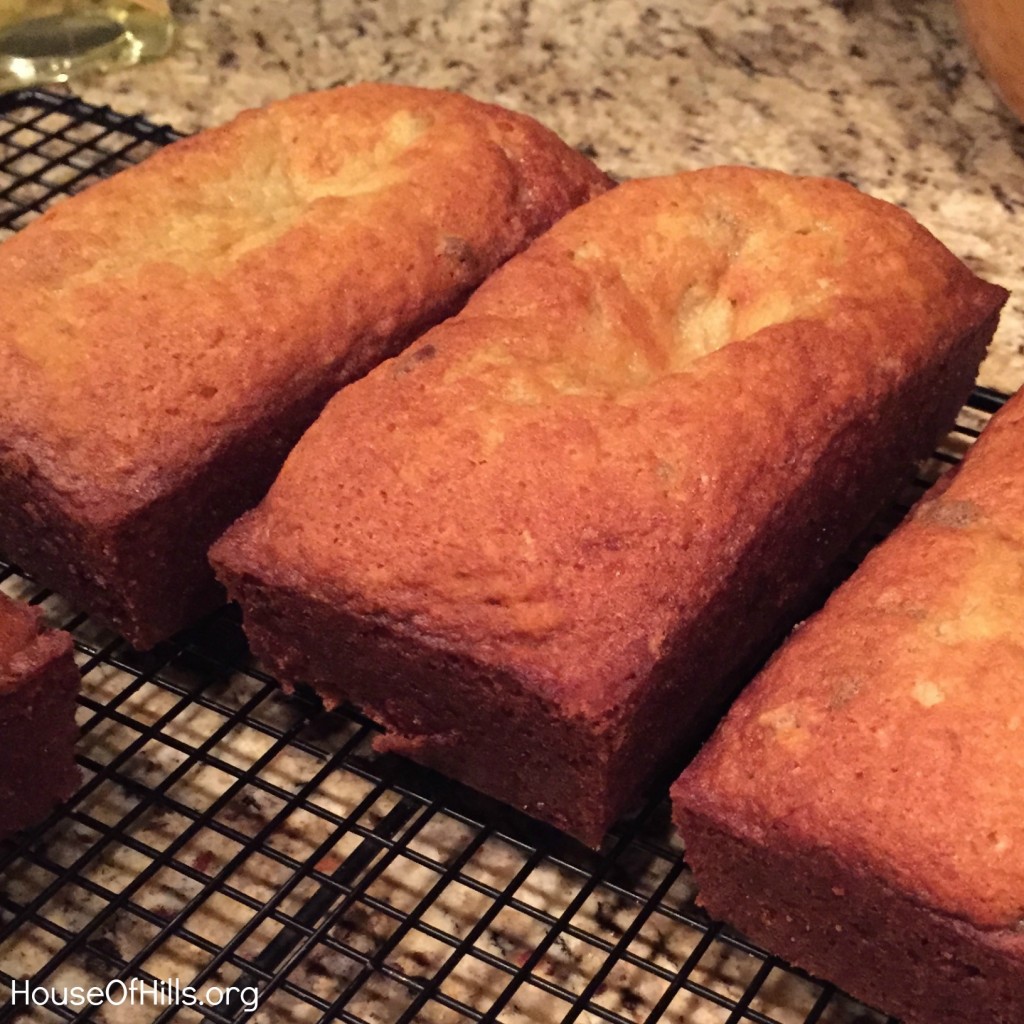 No idea where I got this pin from, but I am thankful for whomever it is… often. I’ve actually made this a couple times before, and it has never disappointed. Never. I think the key to this bread is letting the sugar and butter blend while you pull out the rest of the ingredients. It gets nice and fluffy that way.

This bread (all five mini-loaves of it) was gone in like four hours at the office. I’m not sure it made it much past lunch.

The next night, I looked for something else that was quick and that I had all the ingredients already in my pantry. I happened to remember that I had some cinnamon chips left over from the Christmas season, and so landed on Snickerdoodle Bread from Lil’ Luna. 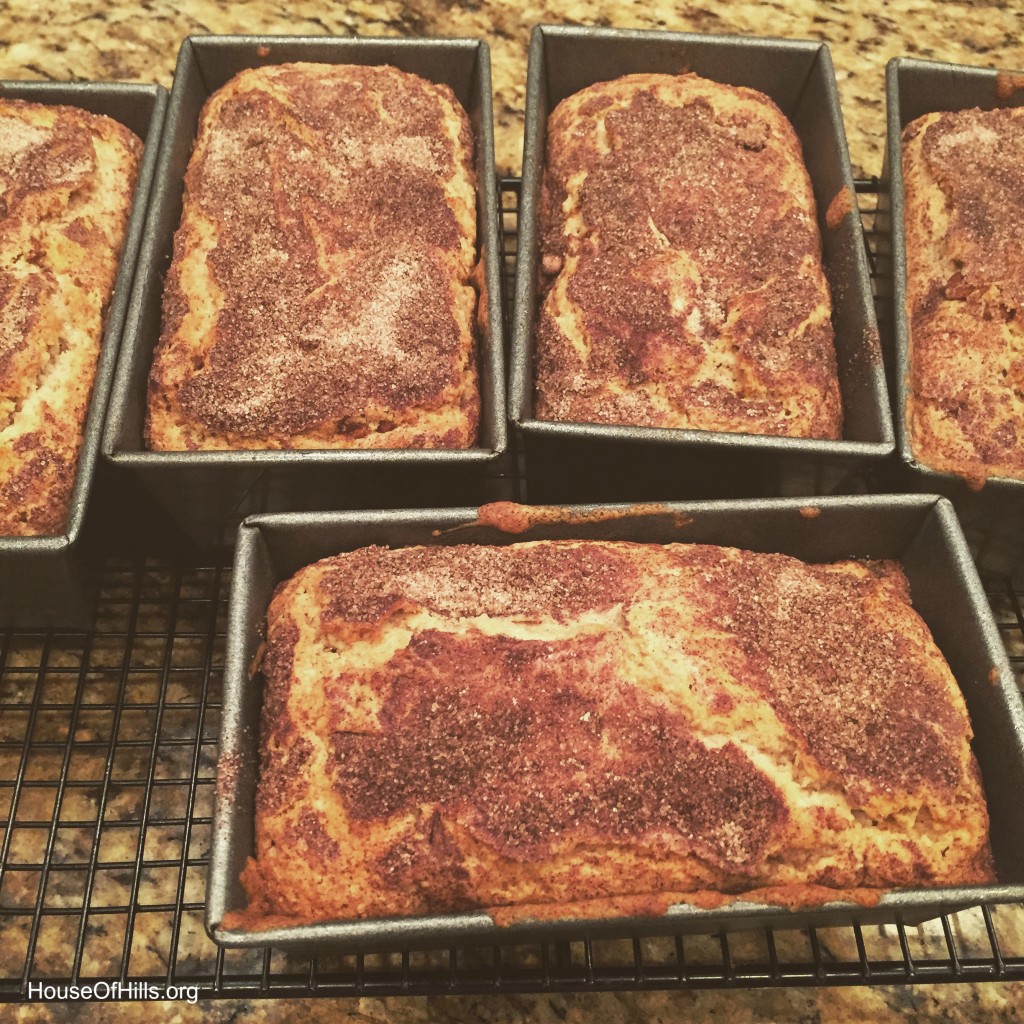 Again, not sure how it landed in my Pinterest feed, but I’m thankful. If you like cinnamon or snickerdoodles or even just good stuff, this one is a keeper. It too was gone pretty quickly. Although, it lasted until after lunch. I think people were waiting to have their afternoon coffee before they grabbed a piece. It apparently goes very will with coffee. In fact, many people remarked that it tasted like those cinnamon crumb cakes that Little Debbie makes.

I was having a team meeting on Thursday, and my team LOVES chocolate. So, I searched my Dessert Pinboard for something that would do the trick. I found something called Death By Chocolate from Renee’s Exchange. 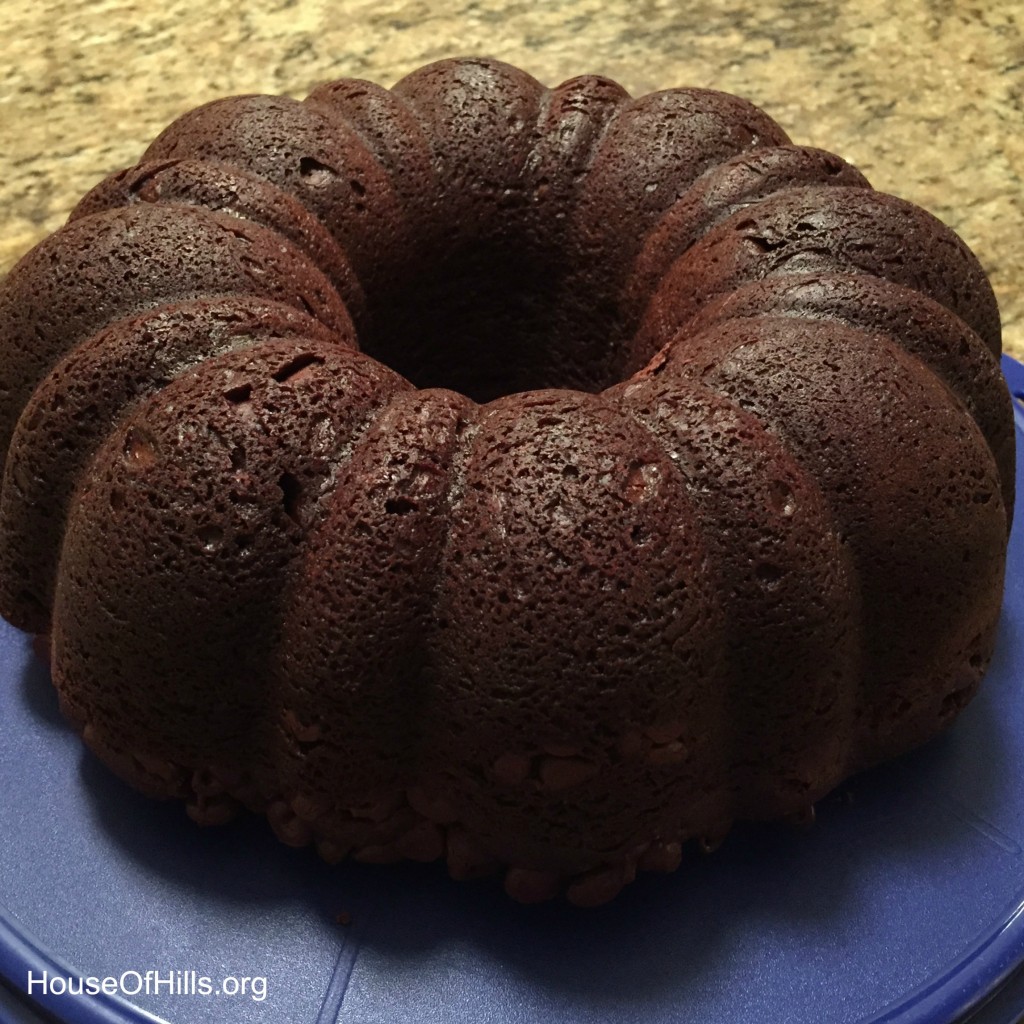 Now, to be honest there are like five things on my board that are called Death by Chocolate, but this one looked really easy. I’m sure I’ll try the others at some point.

In this recipe, you can choose to use yellow box cake or chocolate. I used devil’s food box cake mix because that was what was in my pantry.

This also did not disappoint. I’m not sure I “died,” but it was pretty good. If I make it again, I’ll use a full 8oz of sour cream I think. It could have been just a bit creamier, but I was the only one who thought that. Everyone else that ate it in my living room “died.” It didn’t make it to the office until later in the afternoon so there was still a bit left today. It will be gone soon though.

Three Pinterest recipes attempted in the HOH Test Kitchen this week, and all of them are keepers. They’re now pinned to the “Recipes I’ve Actually Used” board on my Pinterest. It’s the board with the fewest pins on it.

Have you ever had an extremely successful Pinterest recipe? Have you had a flop?

One thought on “Pinterest Recipes – The HOH Test Kitchen”